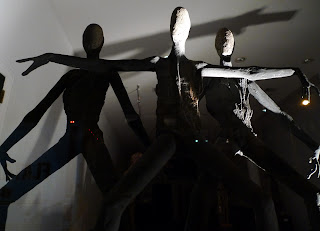 In an instant I stumbled and fell, as if from the precipice of a dream, slipping away from that life and into the morn of wakefulness.

I've been having lucid dreams, mostly in the mornings.  I drift into a narrative, as if I wandered into a room, from out of the fog of nowhere and nothingness.  I just appear in a place without previous incident.  It is usually a foreign but familiar landscape and I am able to exert subtle will over things. Sometimes they are imbued with a pleasant sexuality.  As things occur to me, they happen in the dream.  The dream will react and that is when I know that I am moving through the landscape of my sleepful mind, sometimes alone, oftentimes not.

The awareness of dreaming takes something away, it shortens the duration as it increases the pleasures of freedom. The liberties become emboldened with independence from the dream, pulling me up from slumber.

Often I am able to fly. Some dreams will start with flying, as the perception increases flight becomes a struggle. Though I've learned how to keep from free-falling, from crashing, from waking.  Sometimes I can maintain the lucidity of the dream by focusing on flying alone.  Less happens then, but the sensation is as it should be, nearly effortless flight, across a landscape that only the mind can create.

There are times when I have a similarly lucid experience just as I am falling asleep, though it doesn't feel as free, it's as if I'm daydreaming deeply, but with sometimes fantastical and unexpected results.

Other times I am merely dreaming about work.  There is very little more disheartening than to burst the bubble in your mind with the realization that you are dreaming about such a thing... performing the mundane acts of a trained machine in your sleep.

It's like being hung by an unseen witch in front of a crowd that doesn't care. 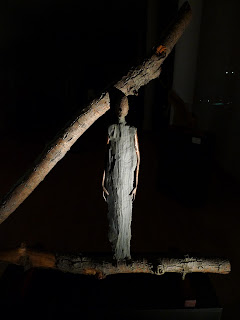