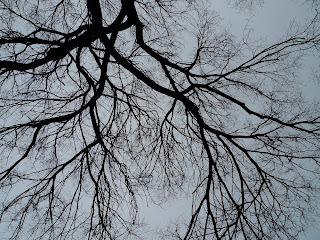 I ran into a friend tonight.  She is one of the people that I have the pleasure to work with but don't get to interact with enough at work.  Our relationship is uncomplicated and pleasant.

Earlier I was with another friend from work, at a different bar, and we decided to go to yet another bar, one that serves food, so we went to my favorite local, B.O.A., and there were a group of people there from work.

So we talked, her and I.

Before I knew it I was telling her all about my new camera, and how I had bought it because of these features that I had never before considered, video capabilities.

As always, never letting any drinking-buddy exhaust themselves with too much of their own talk, I seized upon a word she used, and before I knew it I was wildly pitching a short film idea. Though I must have spoken in great excess of minutes than the projected film itself... such was my enthusiasm.


She had lofted this word out there to me, and it hit hard.

In so many ways it has been the guiding and unmistakably seen force in my life.  We are noticed an known by it. I have exclusively loved very vulnerable people. I have loved them with a sometimes equal, sometimes unmatched, but always shared vulnerability. To hear the word spoken openly as a concept, in a bar, by this gem of a friend, nearly shocked me.  It did shock me.  It shocked me.  Again and again.

How the mis-application of force distorts the thing. It reveals, supports, and negates, both the source and the need that the thing yearns to be... the longing is the defining... the lie is the chasm, but the truth is the sensation of the nearly unbridgeable openness between... what we want, in this crazy twisted world, is who we actually are, to be unreachable and distant, a mystery with nothing but clues, an unjumped recognizable challenge.


There is perhaps some truth to be glimpsed at sunrise,
in the shadow that daily shrinks ever earthward,
and in the sunset shadow that stretches and dances upwards,
and outwards into the night, disappearing across the stars.

If only night were long and bright enough to sustain our ideas of self.


I have long known something about uncertainties.
I have longed for resolution.
I have resolved little, but longly,
and over many, many years.


I have assumed the identity of another that grew within me, alongside me, as an antagonizing force.  I have laughed and fed with the jackals and angels of the heart.

I have rejected ambition as being false, when it was ambition alone that all along drove this crazed search for otherness.

I have worn the warm cotton clothes of others, and felt the comfort there, the familiarity of assumptions.


It is that self now that I wish to capture.

That person that I once desperately did something to become,
a comfortable storyteller.


Who better to ask now? 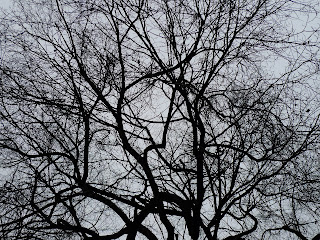