A day at the toy galleries 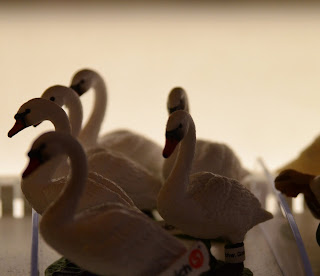 Yesterday, with our friends who recently moved up from Miami, we went to the art galleries on the west side.   There were some exhibits worth seeing, which is almost unusual for the gallery district in Chelsea.  Most of the time it is all pretty sub-standard stuff.  But this time there were some interesting things to look at, though I had the most fun in the kids toy store on our way there.

Policing New Yorker's is  a full-time job, especially when it comes to purchasing etiquette.  If there are two registers and only one line waiting for both of them you can count on one person every couple of minutes trying to start a second line directly in front on the second register, circumventing the 10 or 15 people who've been waiting somewhat patiently.  They do this in front of their children, teaching them necessary survival tactics by example.  Then you have to let them know that we are all waiting for both registers. They always have some excuse prepared.  Oh, I don't need gift wrapping, I thought that was the gift wrapping line.  , Oh, I'm paying with cash., Oh, I already waited in line once. , Oh, I didn't see that line...

Even though the woman at the cash register has loudly announced every two minutes or so that, THERE IS ONLY ONE LINE, PLEASE FORM ONE LINE very loudly. Merry Christmas, New York.

But the kids are cute and the toys are fun, though some of them confused me. There was one game about fishing called Go Fish that had the characters: Fred, Frank, Farrah and Felicity. Fred and Frank were listed as "hookers" in this game.  I didn't bother reading beyond that.  I didn't want to destroy the suspense and mystery. Farrah and Felicity, really?

Some of the toys seemed quite menacing.  My wife and I went to see "Toy Story 3", that featured Ned Beatty's voice as Lotso, the misguided and evil bear, unable to recover from a lifetime of neglect and abandonment, or perhaps it was a wilderness rape scene played in the early 70's.  The other characters narrowly escape the incinerator towards the end of the film.  This moment, as they are headed towards certain doom, and as the toy hands reach out for one another, refusing to face eternity alone, caused me to cry like a baby when I saw it in the theater and again when I saw it a second time.  Certain emotions are not to be trifled with, and the death of youthful frivolity is one of them, for me.  You might laugh but when Buzz Lightyear reaches out for Woody's hand as they head towards their demise it vaguely reminded me of an inversion of The Creation of Adam by Michelangelo.

It is rather dark for a children's animated movie, as was "Up", an animated film that deals with a loving but childless marriage and then the death of the main character's beloved wife.  My wife and I both cried away in privacy when watched it at home.  I wonder how many more children's films I can take if they keep moving towards being such heart wrenching tear jerker's....

Lotso the bear is evil and vindictive though, and he suffers a comical fate at the end, being strapped to the front of a garbage truck for suggested eternity.

Where's Sarah Palin when you really need her? 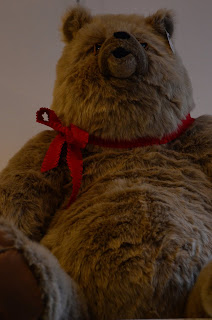