Which opioids are right for me, Doctor? 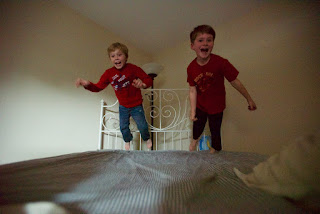 I've tried to write posts the last few mornings, but there was nothing. I'm starting to suspect that if I didn't work a job then I might not write at all. It functions, perhaps, as an antidote to the perpetual pull of responsibilities. When I'm not working it doesn't feel quite as satisfying to spend some time organizing my thoughts.

Is that what I'm doing here? Organizing my thoughts.

Well, here's a thought: If you ever believed that you were having more fun than two kids jumping on a bed then you were wrong.

If what happens here is the organized version of my thoughts then I must contend with them in their otherwise raw, loose, runaway, or renegade forms.

That's something for me to tell my new doctor. He was a nice old guy, but I will probably outlive him. He was very 20th century. So, that requirement is out the window. We met and chatted briefly. He asked me if I needed any prescription refills and I told him No, not yet. He is aware of my sleep and anxiety issues. He wants to help. He knows that if you have a job with insurance and have made it to the age of fifty then opioids can no longer hurt you, they can only help. I asked him if there were any new opioids that maybe I should give a try. He gave me a few pamphlets and some starter packs, tagged me with a tracker chip, and assured me that we'll get to the bottom of my pain, somehow.

He asked me about my life a bit and I explained that we moved here almost seven years ago and since then Rachel and I broke up, got a divorce, never really went our separate ways, then we eventually reconciled. He asked if we were in therapy and as a bit of an unexpected reaction I was ashamed to say No. But then right away he said, Good. I told him that, at least for now, we're not trying to solve the past, we're just focused on the present and the future. He said that plan offers the best chances at happiness. Without going into it too much he seemed to indicate that the digging up of past resentments in the hopes of curing them doesn't seem to help very many people. Don't tell the counselors..., I thought.

He offered one other thought on the subject: If people focused on their own lives and issues rather than the other person's or the relationship then many issues would just resolve themselves. I'd say let the curtain fall on the past if you're happy now. Move on as best you can.

I said, I know, I know, that's what I keep telling her.

He smiled at me, aware enough already of how dry my sense of humor can be, or so it seemed.

I mean, I think he was smiling. 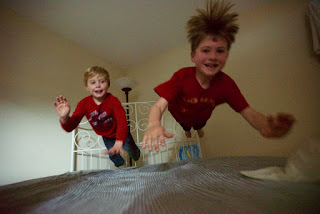