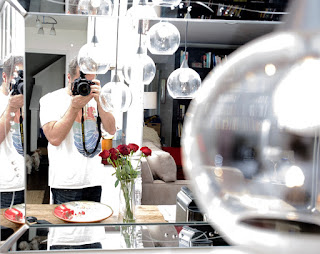 ... you can still turn this thing around, Said my doctor to me this morning.

Well, what he did say was that he is retiring and that I should keep eating steaks and drinking whiskey, they're working perfectly for me. He's never seen anything like it. But he emphasized: I'm on my own now. I have 30 days to find a new General M.D. My trusty doc is moving to Thailand. Good for him, I thought.

Good for him, I repeated to myself.

I made a special trip by his office to get as many refills as I could on Xanax, Cialis, and whatever else he had lying around. I explained to him that opioids are just a tool, that only people kill people, but opioids kill pain. The only thing that can stop a good guy on Fentanyl, etc. I asked him if liquid morphine was out of the question, for old times. I like to be super relaxed when I get erections that endure more than four hours of personal use. The last thing you need is to be stressed during that remaining fifteen minutes when you're sliding into the jelly jar and she's almost there. You need some basic wits about you in the event that anything goes wrong.

Like, if you're so relaxed you poop yourself. It's not sexy.
Do a Google search for "action sex poop," you'll see.

I finally had a chance to ask Doc all of the stuff I was too ashamed to during our regular visits - What does necrotizing fasciitis look like? How long does it take for a pimple in my nose to travel to the base of my brain, at top speed? How many eyelash mites does it take to get to the center of a Tootsie Pop? Why do vaccines cause autism? Is this genital wart on my tongue anything to worry about? How long after I die will my stomach bacteria be celebrating in post-death farting? Does my navel smell normal to you? Why doesn't my sphincter hold everything in the way it used to?

You know, I'm a curious guy. I like to know stuff.

He assured me that he doesn't keep nitrous tanks at his office, that I was confusing what he does with my dentist. I asked him if he'd put in a good word for me. He looked me in the eye and promised he would.

I hope he enjoys Thailand. I kept repeating the word Bangkok in his office, in whispers. It's a funny word, like practitioner. I'll miss him and his vast prescriptive authority. I've been practicing his signature for just this type of emergency occasion. I can be trusted with a monograph.

I demanded that he correct my medical records before forwarding them on to whatever new herpetologist I find. I want a younger doctor now. An experimentalist. I want my next physician to outlive me. He told me he would redact anything that did not shine a favorable light on my health history. He reminded me, though, that there is no cure for some of the stuff surging through my veins. That I will carry a record of my curiosities and tastes with me, in a sense.

Once I have my full records I will publish them here along with my 2017 taxes. Because I believe in honesty.

I am growing almost bored of my sabbatical. It has been very relaxing and nice, but that's it. My life isn't all that different when I'm working. I guess that I do like interacting with people. Who would have ever guessed? I'm a social guy.

Yesterday I read two books. I will finish another today.

If I had more money, or was younger, owned a flash red sports car, won the lottery, maintained access to a line of stupid cash, and had a bunch of problematic friends that didn't work, or didn't work very much, or only when I wanted them to... then I could probably round up some trouble or fun, or both. Some amusing recklessness.

As it is, I've been listening to the Turangalila Symphonie first thing every morning, to help clear the cobwebs of slumber a bit. After that, everything seems delayed and downhill, as if the sun and moon have circled their wagons around me in slow motion. I sit at the center of this little known universe listening to the wind, 99 and a half million years old, a gecko with a dry tongue, sunbathing in trapped amber, one eye still stuck on the fly.