Sins that glow in the dark 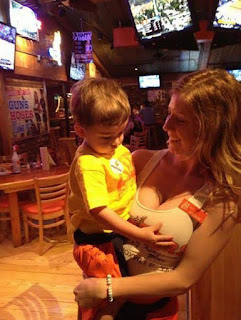 Without a story to tell a juvenile mind might lapse into vulgarity. That's what mine does, anyway. My points lack sophistication, so the vulgar suits them well. That's what happened with yesterday's post - the medium was the massager.

Why are hand jobs more funny than most other sexual acts? Because the juvenile mind sees in them a kind of truth in the perfunctory releasing of frustration. Or: temporary release, and from. Either way, a hand job deserves a giggle from everyone involved. It is naughty, of course, but likely not going to end in a contractual disease.

Or, the quick juvenile mind might find the differences between contract and contractual worth a snicker. Does anybody even look for a dotted line any more?

These differences, sometimes subtle and sometimes not, are what usually get me into trouble. Some are not able to distinguish what I'm saying from what I mean. Also, I get caught saying the very things that enrage the modern mind the most. I am an irritant to progress.

I make myself as easy to hate as possible. This saves me some time by reducing the number of people that I must consider, and the severity to which I must consider them. My behavior disqualifies me from contact with those that would learn to love to hate me anyway. The system is not perfect. Some accidents do make it through.

But don't worry... taboos scare the shit out of me also. And few things make me angrier than shit.

Louis CK's name now gets mentioned along with all the other rapists. Nobody blinks at this. Now that the delinquent entertainers have all been corralled together America might once and for all be able to address its Woody Allen problem.

We are undergoing some much needed moral progress. We've been warned that it was coming but too few were paying attention. At least we're now able to ask the important questions, like: Is there such a thing as evolution for men?

Many have focused on what men were doing with their penises, or their minds, but that misses the point I think. Men's hands cause all of the problems. Everywhere there is sin you will find the mark of them.

You may think it barbaric but there are societies that know how to deal with the problem. The prehensile offenders are removed. Hands do not grow back the way that sin does. You may discard of the detached and dying hand, while the sin just grows another head. The days of simply slapping the palms are ending.

Survival of the species has never seemed more guaranteed.