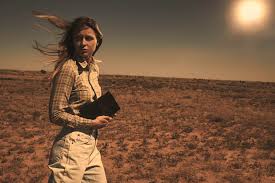 One potential lawmaker has suggested arming the homeless. I have been more for homing the armless, but that seems only a difference in semantics.

Another has argued against arming teachers because "most of them are women." Now, we all know that women shouldn't be allowed to own guns until they lose some weight. Guns are a God-given right and a beautiful responsibility but they can also be a reward. We might need to add a menopausal clause.

Oh yes, most importantly: guns are the answer. And a tool.
The one thing they are not: a problem.

It appears that we're finally going to have that sensible national conversation that everybody's been wanting to have. Time to ask the important questions: Why aren't there more female hobos? And, How can we get them some pump-action shotguns?

Would those be hobas? What is the correct term for a female hobo? If they're currently living between boxes would they be trans-hobas? Should they be allowed to choose which bush to pee behind, or should there be designated bushes for the lovely lady bums? Let's at least look to North Carolina for the tested and proven answers the nation needs.

So many questions, such tough legislative decisions.

I'm so proud of America right now. My balls are twice their normal size, about how one of Lance Armstrong's must have been at some point. I knew this nation could finally shift the conversation somewhere interesting if we all just put our collective minds to it. When we were children we were told, You can be anything you want to be. Looks as if we took that message to heart - we decided to be a bunch of fucking dunces. To say that America is spitballing ideas right now is a wild understatement. It's an all out spitball war, soon to be a food fight. Where the fuck is my pizza cannon when I need it?

As a nation we have decided to address the issue by looking to the homeless. Because, what else could we possibly do?

As I pointed out yesterday, this is NOT satire (and it can not be bested):

“Frankly I think the ideal weapon would be a pistol,” he told the Guardian, “but due to the licensing requirements in the state we’re going to have a hard enough time getting homeless people shotguns as it is.

With a little legislative ingenuity I'm sure that getting desperate people the weapons they need will unfold naturally from the sensible center from which all reason springs. If tax revenues aren't there to solve these type problems then, really, what even is the point of government any more?

The obvious answer to at least one of our problems is to arm schoolchildren. What other possible lines of logic are we going to avoid in this conversation? It's as if we can't even discuss the obvious solutions because of, you know, "liberal correctness." A loosely pinned hand grenade at the center of every classroom might also prevent these crazies from ever thinking about stepping foot into our schools. The only thing that can stop a bad boob is a big booby trap.

Controlled demolitions of our malls might make these crazies think twice about ever stepping foot in there, also.

Everything should be on the table at this point, except your concealed weapons.

Fuck, we could even arm the gun shops. Why not? I just sunk all of my savings into these things known as "bump stocks." I expect to make a Wall Street killing.

You know - buy low, aim for the body.

From here we can derive an obvious solution to another recurring violence problem: We need to arm our inmates. Who else suffers as much uninvited violence as our prisoners? Not all of that delicious sex is love-based, you know. They are mostly silent victims and it's time we stopped ignoring these preventable crimes. The only thing that can stop a bad rapist with a gun, etc., etc.

We'll want to militarize the police, because Guns Need Guns. If there is only one coherent takeaway from all of this madness then surely that must be it.

America has a gun problem, a paucity. How best to address this runaway dearth?

Just imagine what might have happened on April Fool's Day 1984 if Marvin Gaye's father didn't have that pistol? It's impossible to know what horror might have unfolded. He was a minister/preacher, of course, so we'll need to arm them as well. How better to protect religious freedoms than with a little concealed armament. A couple clips filled with the lead commandments.

The only thing that can stop a bad government with tanks is probably Marvin Gaye's dad.

At least they would have had a chance...

Most solutions to gun violence seem to rely rather heavily on Hollywood style heroics. It's bizarre, until you realize that what's happening is a form of extremist-envy. Gun toters don't understand why they don't get a chance to show what a gun can really do when in the hands of a good guy just like them. They're happy to admit we have a mental health issue but show no signs of reluctance in passing out firearms as a solution.

What America needs is a good homegrown hero with sensible answers. Someone we can all admire, like Keanu Reeves. Because the only thing that can stop a speeding bus with a bomb would be a stationary turret with surface to surface capabilities manned by homeless children, once we can finally rid ourselves of the child labor laws of course.

I mean, what's the only thing that can stop a bad abortion doctor on opioids?

That we treat the womb as a gun free zone only makes the fetus a soft target. The ovaries play an important part of the well regulated munitions.

The sensible questions never seem to cease, yet somehow aren't even being asked by most people.

The answers are right there in front of us: Mexico will pay for our guns.


Is there any problem that guns can't solve? What could possibly address the issue of drinking and driving if not bullets and whiskey?

We could throw children at the issue of child-abuse - problem solved.

Heart disease kills far more people than does gun violence. Are we going to outlaw arteries next? Are we all just going to be anti-aorta now? Has anybody even tried to treat a heart attack with bacon yet?

What else has the media been hiding from us?

The only thing that can stop a bad sentence is a woman's period.