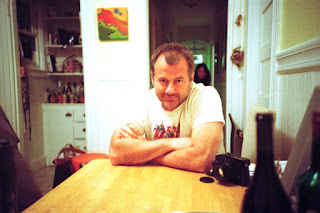 Okay, most of the pics that come out of that little Russian camera, the Lomo LC-A, are total shit. The film is scratched or flashed and not always in a cool or interesting way. It's becoming a little bit of a waste of time and money to shoot with it, get the film developed, then spend my time scanning.

One of my undercover Russian operatives took the picture above. We were planning to overthrow the monarchy - a sudden deposing of the infamous Burger King. Or, maybe the Hamburglar, though I do not believe him to be a significant monarch of any kind. I don't even think he's been knighted. Seems like a common street thief, but he'll have to go too. He probably has ties to the NRA.

Ugh, I've been arguing gun laws with my social political adversary again. He's like my anti-doppleganger - bizarro-überman. He's as wrong about everything in direct inverted proportion to how often I am correct that it is alarming. Truly maddening and uncanny, how diametrically opposed he always is to the truth. An obstinate opinionater.

I would do just about anything to set up my guitar amp, buy a few pedals, dust off the old drum machine, hijack a power outlet, and put together a punk rock band before it's all too late and I end up with rickets or scurvy.

I've been listening to this all morning. I can do an album along those lines, I think. It's not that difficult. It's much easier than I always told myself it would be. I know that much now. I want to be the world's first adult punk star.

And I want to be in a band. If I'm going to argue this much then I'd prefer it was over music. We're not going to have a drummer, but we can argue about that. We're just going to have one guy with a crippling addiction that never comes to practice and can't ever sing in key. We'll let him sit in the corner while we rehearse, and NEVER let him touch the MPC3000 XL.

I need a warehouse now, and maybe a bass player. 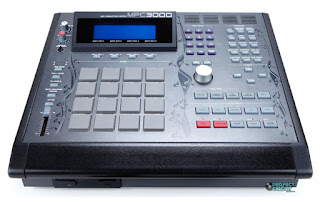