What passes as hunger 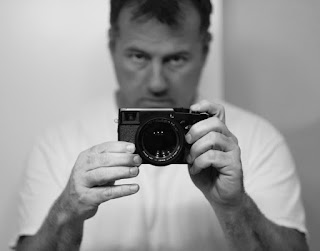 I was chatting with a woman at work, relaying that I was happy to be back doing cardio, longer rides on my road bike. She is a jogger and we have discussed the effects of cycling/running a handful of times, so this conversation was not as odd as that first sentence might have suggested. In any event, without thinking much about what I was saying I equated a unique sense of happiness, control, and contentment as being the result of this specific type of exercise, and the singular power that this offers in my ability to manage occasionally acute anxiety.

She responded with something along the lines of, Well, that's not good.

I thought it was a great thing, that I have this way of directly mitigating stress. I hadn't thought about how precariously balanced my well being is, with distance-cardio being the main thing that exerts a direct effect over this sense of chaos and somatic strain.

I suppose she's right. I could probably improve my diet, also.

I just get so fucking hungry when I'm wound up with worry, thinking too much. Some days it feels as if I could eat my way into another mood.

That can't be right.

We have seen the city; it is the gibbous
Mirrored eye of an insect. All things happen
On its balcony and are resumed within,
But the action is the cold, syrupy flow
Of a pageant. One feels too confined,
Sifting the April sunlight for clues,
In the mere stillness of the eve of its
Parameter. The hand holds no chalk
And each part of the whole falls off
And cannot know it knew, except
Here and there, in cold pockets
Of remembrance, whispers out of time.

John Ashbery, excerpt from "Self-Portrait in a Convex Mirror"