... nothing to do with this 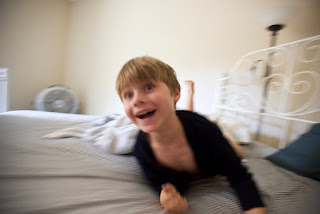 (The embodied joy of household chores)

Later he sat at this desk wanting very much to write a poem about piglets, not a comic poem. It would have to be a private poem for his eyes only because you need only utter the word "pig" and some people would begin chuckling in their superiority. Pigs were of course edible but contemptible. He seethed in resentment in defense of pigs. The human race shits in its pants for at least the first year. Who else laughs in ridicule of fellow creatures? How could he write a poem if he was angry? Historians said that pork fueled the western movement. Without pigs there would be no west coast. Pigs would follow the wagon trains, their minds on a little corn for dinner. They would root for edible vegetables while cattle would wander off with their eyes on greener pastures.

That ^^^ has nothing to do with this:

I've discovered the key to keeping my apartment clean - perhaps not keeping it that way, but achieving it as an occasional state - it's easy: invite women over. I have of course known this for many years, but it has become more obvious again recently. It started when I invited my friend Regan over to conduct her warmup rave in my living room, with Cato and myself as audience. Once I knew she was coming over I found myself cleaning the toilet, as a bare minimum. Women put their butts on those things, so you know... they should be clean and invitingly functional, not the other way.

This weekend after a cub scouts hike I had one of Rhys' buddies come over to go swimming. I realized that soon after this his mom would swing by to pick him up. An understanding friend nonetheless, but again the cleaning commenced. Then, another buddy was bringing her son over to go for a bike ride around the same time. In about one hour while the boys were playing in Rhys' room I was able to orchestrate a perfunctory cleaning on the four important zones: bathroom, bedroom, living room, and kitchen. The bedroom only because that serves as the main entrance to the apartment. Yes, I know it's rather unusual, but when I moved in here I was not thinking about guests, I was only thinking that I needed my own place near my son.

That being said, what I had believed to be an overwhelming amount of cleaning turned out to only be about one hour's worth, at least to reel it towards being in a manageable state.

So there it is, the key to maintaining a clean apartment: women.

Not in that way... I meant having them around makes me clean more.

In NYC I had a few Jewish friends. They were perfect for this sort of thing. The first thing out of their mouths when they would come over and point at my life would be, You know this is why you don't have a girlfriend, right?

It was motivational, in a sense.

It must be the inheritance of some of that Irish-Catholic guilt that fuels this sort of behavior. I respond positively to guilt and shame, but it must be uninvited and from someone who will then go home afterwards and not look me in the eyes about anything.

It's therapeutic, I think - the demands and results of ignominy.