The South Will Fall Again 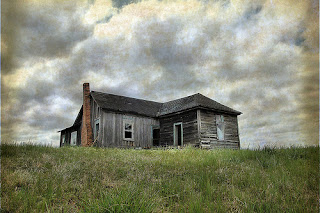 The only coherently consistent message from Trump has been that of racism. He has flip-flopped on every issue except that one. It seemed as if maybe he even flipped on that subject, but when you realize he was just reading a prepared statement that he would double back on a day later - as soon as he is speaking for himself - then you know.

Those that continue to show support for Trump are also racists. Ask any of them what their support for him consists of and they won't quite know how to respond, or if they do blather out something other than hatred for others then be prepared to point out to them that his stance on any issue other than "the unwanted otherness of others" has fluctuated greatly. The overarching message of his presidency has invariably been racism. Its effects are evidenced nearly everywhere you look. Who knew there were so many rocks to crawl out from under.

Yes, you - Trump supporters, are racists. It's what we knew all along, but now they get to announce it proudly and publicly, and they should. Why not be proud of what your race is doing and has done? Why indeed. If I didn't know better then I'd think that Obama was just trying to rub your nose in the history of slavery. My god, just his presence in the White House was divisive, wasn't it? You suddenly felt divided from something and Trump brought you back into the fold. That's called whiteness, and you are a racist.

If you have ever had any question about the origin of "southern pride" then it is worth reading the almost word-for-word copy of the US Constitution in the form of the Constitution of the Confederacy. It only differs from ours in a few places, most importantly where it explicitly allows for the exclusive ownership and importation of African negroes to the slaveholding states. Their big fear, it seemed, was that the north might beat them at buying and selling slaves. They wanted to make sure that couldn't happen.

If you had any remaining questions about why the Civil War was fought then that should satisfy those lingering curiosities. The very concept of southern pride is wrapped up in their definitive loss, and their continued belief in the supremacy of their white way of life.

The intentional echo of The South Will Rise Again found in Make America Great Again is no mistake.  It speaks its truth directly to the brain stem of those that wish hear its message, those that need to hear it, those that need to believe its tired call to the bullshit glories of its imaginary past.

They long for a day when the south is more like a kudzu covered Sweden, I guess. You know, sweet racial hegemony, but without all of that nasty, suspect socialism.

Creeps in this petty pace from day to day,

To the last syllable of recorded time;

And all our yesterdays have lighted fools

The way to dusty death. Out, out, brief candle!

Life's but a walking shadow, a poor player,

That struts and frets his hour upon the stage,

And then is heard no more. It is a tale

Told by an idiot, full of sound and fury,