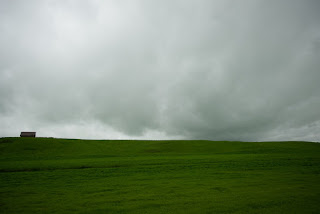 One of my old buddies from Apple passed away the night before last. Cato texted me yesterday to let me know. It seemed like the type rumor that might be spread about him, so I checked and sadly yes, he is gone. The confirmation coming from a mutual friend, our manager when we worked together on the overnight shift at the corner of 5th Ave and Central Park. She had received a text from his father letting her know. How heartbreaking those simple words must have been to send, or to see.

None said it openly, but the silent presumption was misadventure, and that very well might have been the case. It would likely not surprise anyone that knew him. He was that type of guy - troubled, vibrant, eager to escape. Not troubled in the weighty way, making himself a perpetual burden to those near him, but in his pursuit of indulgences. He would smirk, smile, or laugh knowingly at any hint of excess, the silent understanding that often passes between other people's problems. The issue that can become its own disposition, circling the person in nearly invisible orbits, such that its avoidance becomes as telling as its presence. The shared currency of certain complicated and delicate lives.

He laughed at my jokes, so of course he had his problems. He was a good natured guy, very easy to laugh along with. He will be missed, and I make no apology for the truth of that cliche.

There is something large, empty, and funereal connected to his demise, arriving at the arrival of recurring Autumn.

We were both part of an ongoing group text, a thing that most people publicly advertise hating, though somehow with them not only do I not mind it but enjoy it and look forward to seeing activity there, if not always as an active participant. It's somehow better than social media, a proxy substitution for hanging out together over beers. A private conversation in which jokes could be made and laughs had with neither reprimand nor ill intention. The way it's supposed to be, this life.

I won't go on, I could. Last night while trying to sleep I was reminded of various interactions with him - his name is Tim - laughing and smiling inwardly at the foibles of a personable life. The struggle that forms the bond of having worked together closely.

A response in that text group from another friend was the phrase that we used to indicate that someone had called out sick and would not be at work that night, or for any other purpose when someone was absent, or in remote need of any kind. It nearly broke my heart when I saw it again in this irretrievable context: Man Down.