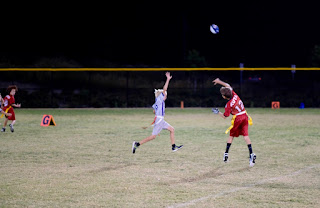 I arrived yesterday and met my buddies at the airport. We had a lunch on the bay where the view of two aircraft carriers could be casually contemplated in peace time. Then, a dinner in Encinitas, interspersing domestic suburban activities throughout - a walking of the dog to pick the kids up at school, a football game, some chatting and laughing around the kitchen with a little red wine.

I stayed up late hoping that my sleep patterns would somehow coincide with other people's schedules and I nearly succeeded. I am still up early while everybody else is sleeping. The mildly cool wind coming in off the coast is pleasant. The sound of life beginning its day at the open windows is fine and peaceful as I sit and drink my coffee. 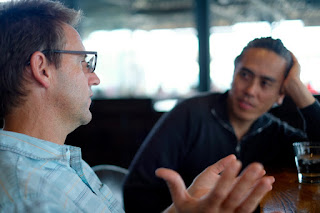 We discussed politics in its social sense and the daunting possibility of (gasp!) living in a red state, the failure of the democratic party and perhaps of liberalism itself, as well as the potential charms of a place like Des Moines, Iowa. I tried to argue for living in a place that possessed some cultural vitality, that there was more to choosing a place to live than the cost of housing and low crime rates, though the voice of being a father was nagging at me, telling me that perhaps I do not believe so much of that that any more.

Sonoma is far from being vital. Its charm in that regard is mainly its proximity to San Francisco. The majority of the "culture" that I now consume is streamed into my living space by choice, such is the embodiment of the American model of culture, it is only immersive in direct relation to the size and placement of your television. The days of regularly going to the Moma and the Met are no more.

So, I checked on broadband speeds in Iowa. Don't tell...

My friend from Washington said that he never goes to the Seattle opera, so what does it matter to him. I questioned whether Seattle even had an opera. I checked; they do. The point was taken though. Why do I live in such an expensive place if it confers no special advantages, either real or imaginary, to me.

Sonoma is naturally beautiful, I suppose. There is that. Culturally it is no more advanced than anywhere else. The region is mainly agricultural, the county religion is yoga, whose principle advantage seems to be the indeterminate physical and spiritual benefits it bestows on its most disciplined adherents. So there seems to be some imaginary competition for the achieving of those benefits, even though they can be had freely by many. Its truths are fundamental in a personal capacity. I suppose that may be preferable to the truths found in politics, the religion of fundamental social management.

Choosing to live in a place based on the options available there is a clever choice only if you exercise those options every now and then. Otherwise, too many options creates a crowding of inner and outer space. Choices become fatiguing noise when not regularly exercised.

We discussed the failed assumptions of liberals, the idea that somehow being right should mean that they were also destined to win. The condescension they possess towards any and everyone else has become tiring, the moral surmising of their own superiority no longer worth the argument that would ensue to have them clarify their position on most things, or to point out that their value judgments are not nearly as implacable as they seem to believe, or at all.

Being correct means little compared to winning elections. Smugness turned out to be a bad platform for winning over the hearts and minds of the stupid and angry.

It is difficult to be at a place in life where you still very much wish to believe in liberal ideals, but to watch those ideals thrive in their abbreviated form, winning on the lips of people who seem to have embraced them from expediency rather than conviction. Their most comprehensive message has to do with the wrongness of others, which can have a rather limiting capacity when attempting to advance or justify one's' own questionable postulates.

I know, dear reader, I well know... I am smug, but also vain, arrogant, and loud. What I lack in nuance I adjust for in volume.

Maybe young people are still expounding, testing, arguing the edges of liberal thought. Who knows. The people in my age group seem to have conceded intellectual defeat and exhaustion. Opinions advanced in silence or not at all. Those who now self-define as liberals do not interest me much beyond them all being my friends. Those who self-define as conservatives have always been my moral enemy, which leaves me in the party of shut the fuck up and leave me alone. My only political agenda is advancing the proposition that you shouldn't talk to me about what is best for America, or worse, what should come next.

As an experiment, ask everyone you know who should be the next democratic presidential nominee. The crisis is not only not over, it's worsening. The dems don't have a very deep bench when it comes to potential leaders. Trump took advantage of that as well as the desperate confusion on the right. He won in part because of there being too many options on the right and not enough on the left.

CS said it well - he'll vote for whomever doesn't destroy his retirement quickly, thoroughly, or both. He said something like that. If I had any retirement funds then maybe I'd feel the same. I want a young charismatic Bernie Sanders type of anti-politician to tell me that people have already made enough money, but that sadly I am not one of those people and something should now be done about it. An untested political remedy is what we need most.

I'll vote for whomever tells me that I am owed a Prius. 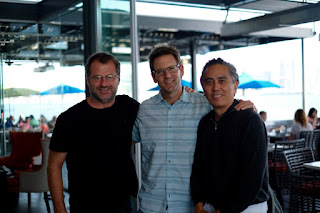