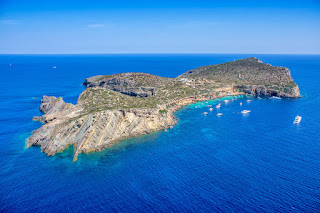 I read that Holger Czukay passed away. He was 79. He must have seemed like an older brother to the musicians around him in Cologne in the late 60s, being about 30 by then. Remember "Never trust anyone over 30" was a popular mantra from the Free Speech Movement of those same times.

I just put Tago Mago in my car last week. Listening to it yesterday and over the weekend it occurred to me that their music sits somewhere between the electric Miles Davis and Pink Floyd, with the vocals falling towards an almost proto-punk tribalism. They were more coherent as players than were Pink Floyd, though their music still seemed more experimental, which it was. It must also sound like pure erraticism to those not accustomed to it.

If you don't want to be occasionally screamed at by a Japanese front man then early Can just might not be the band for you. It's not for everybody, but fuck... it's good at what it is. If Pink Floyd attempted to bridge the imaginary gaps between pop and space-rock then Can successfully bridged what Pink Floyd was trying to do with something that was immediate and interesting, and did so a few years before the Floyd fellows. Compare Meddle to Tago Mago, I dare you. Can was somehow both more accessible and more obscure, beating Floyd at the game they were trying to create by posturing to be the sole definition of it.

It's not really rock and roll, or not in the traditional sense of what rock is and does. It uses the same instruments but the results were otherworldly.

I have always liked Ege Bamyasi and Future Days more but many consider Tago Mago their early masterpiece, and it is true that nothing else really sounds like it at all, particularly in the below linked version in which it is being played back at half the intended speed. It's not like listening to the album twice, at all.

Here is the album, Tago Mago, at half speed... if you have any remaining curiosity concerning the fucked up state of my musical sensibilities. You might want to try listening to it at regular speed a few hundred times first.

I could listen to this stuff all day, and this, also.

I think they're both beautiful, in the way that honest yearnings are.