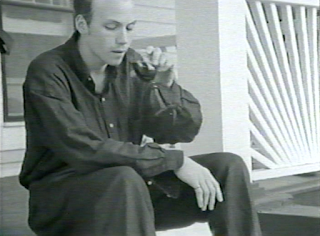 I just opened the back of a film camera to see if I had wound the film properly. I had, ruining the roll of film that was already loaded there of course. So, I took a few bullshit shots around the house, wound the film back onto its spool inside the protective canister and threw it in my desk. Who knows if I'll get it developed now. I probably will. I like to throw money at useless things, failure especially.

I've shot about twenty rolls of film on this camera and somewhere near half of them have been exposed. I was loading the film incorrectly all along, assuming the take-up spindle went a direction other than what it does. I even watched a YouTube clip showing how to correctly load film into this specific camera, but I only watched it up to the point where I thought I knew the rest. I was wrong. It spins inward, towards the body of the camera. Oh well.

What else was I going to do with that money, dear readers? I'm like a child with cash, everything I love appears as candy behind the glass in my mind. I am eager to quickly pass over the wrinkled paper for the sugars that seem to orchestrate life.

I would be broke and temporarily happy if I didn't have so many bills to pay.

I have loaded a roll of black and white into the camera now. I love the grainy look. I remember shooting the beautifully grainy 16mm Tri-X reversal on a CP-16 in film school.

I made a student film based on the short story "Hills Like White Elephants." CS was involved in the project, though it could have used him there on the day of principal photography. The project suffered greatly from my inexperience. My actress backed out at the last second - she was incapable of shooting in the nude, a thing she insisted she could and would be able to do, no problem. CS had suggested that I shoot some tests to confirm. He was, of course, correct. No man that I know has experienced as much female nudity as he, and without what might be considered traditional male interests. He recognizes the suffering of innocent loneliness, the need for reification, the transitory beauty of youth and its loss.

Since I've told all of my life stories here twice, let's make another run at the Hills:

At the last minute, the morning of shooting, my then wife stepped in and played the part. The film suffered for this a little bit as well as other setbacks, many self-prompted, though the piece would have been vastly different had she not offered to play the role. Originally it was meant to be shot in a restaurant, which completely misses the point of the story occurring between two sets of train tracks going different directions. Also between two mountain ranges, each differing in their terrain, one being barren and the opposing being fertile. I wished to make the piece claustrophobic and I did so to a fault. The audio and photography are menacing and poor. If you can not hear the actors speaking then almost everything is lost.

I tried to upload a standard VHS transfer to my server so that I could share a link here, but the file is too large to effectively do so from my home system (2GB) and any further degradation of the already poorly produced piece would be unacceptable. These screenshots somehow look worse than the actual film. Oh yes, also I ruined the moment in the story when the woman asserts herself by having my wife speak the lines.

It is hard to watch, but it is mine.

It's a feminist piece that explores the dynamic between what is now called toxic masculinity and what was then recognized as subservient femininity. If you have not read the story it describes a conversation in which a man attempts to coerce a woman into getting an abortion that she does not want. The question is never answered. This lack of resolution leads many to believe that the woman acquiesces, though I am not so sure she is willing to accede to his masterful male persuasion. Hemingway hints in subtle ways that the woman's wishes will prevail. A careful reading shows her gaining in assertiveness and resolve throughout the story, her sarcasm and silence being the anti-articulation to match his many explanations and directives.

Here is a visual representation of their intoxicating indulgences at the table, and of the abortion that hangs between them. The camera pans down from here to where the wine flows from between her legs onto the floor, forming a fresh red puddle there of course. 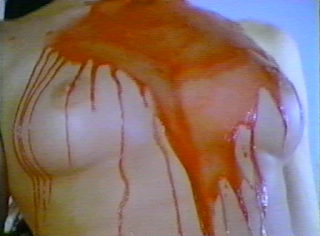