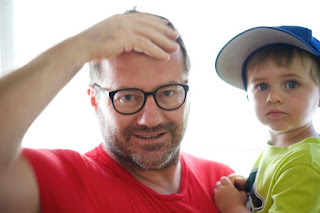 Nonsense. I've been sitting here for an hour and nothing has arrived except a few pithy observations on articles I've read out of the NYT.

We're fucked, by the way, we're completely fucked. The evidence is ever growing.

What happens after a balance of powers runs its course, by irretrievably losing its balance? How long is constitutional government reasonably expected to last? We seem perched to find out. One more election in this country and there will be a civil war. It'll be between the facts and the opposition party. People seem to be growing tired of democracy and many don't seem at all bothered by Russian interference in the process. The perpetual demonizing of each party seems soon to take its final toll. Even Libertarians are too conservative to be filled with glee at this prospect.

How did America arrive at a point in which Russian influence in our election is preferred - by many - to a win by the democrats. The foundational belief in periods of evil replaced by periods of good in this country's office of the presidency is tiring for both sides. How can it always be true for everybody, and at all times.

Ah well, these are not questions for us to answer here. We already know the answer, if not the outcome: "No arts; no letters; no society; and which is worst of all, continual fear, and danger of violent death: and the life of man, solitary, poor, nasty, brutish and short." Hobbes seemed as if he was full of laughs. That's what a little civil war will do to you.

Well, I could dive back into cooking and drinking wine at home. I wasn't entirely unhappy with my efforts there, just gave up a bit prematurely, that's all. I make cooking more difficult than it needs to be. A list of the vegetables that will be the first to disappear would be helpful. Then the boy and I could learn how to enjoy them as their global supply dwindles. Avocados are sure to go. It's only a matter of time before liberals will start guilting other liberals for eating avocados at all. Because you know, That's buying Trump's wall for him... Avocados are just a tax on racism!

9/11 Was A Consistency Theory!


Can you believe the Don Man was serious about the wall. What a true American businessman. I thought he was just saying what he thinks.


It's like reading a bedtime version of Rome's sacking and having little Donny not quite understand what any of it means but simply fascinated with all of the excitement, bloodshed, and rape, then after some careful consideration he comes out as being staunchly pro-Visigoth.

He's gone the way of Hadrian.

Drain the Pontine Marshes, I say.