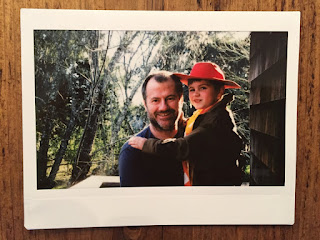 I'm just going to write about the albums I listen to, or the books I read, or the ones that I look at. It's easier. America is killing me. It seems that half of the nation is okay with runaway, barely checked, secret power, and the likely collusion with Russia. In fact, they seem to prefer politics that way as long as a woman isn't calling all of the shots. Trump does force a glimpse into the very heart of whiteness.

The message is clear enough now, if the actual electing of Trump did not make it more so: Russians are less scary to white people than the dark-skinned mystery refugees and rapists that are sneaking across our borders to vote in the millions, or less terrifying than is a single woman named Hillary. When you have orchestrated a voter fraud so effective that there is no evidence of itself outside of the mind of the president - I mean, other than the millions of fake votes received in California - then who knows what you are capable of. Truth becomes boundless when unsullied by evidence.

We have an intellectually incurious president that is openly attacking the foundations of democracy and half of the nation seems to be following him down that rabbit hole simply because it is easier to accept a conspiracy theory than it is to understand that others in your own nation disagree with you on principle. What could be more radical and conspiratorial to a conservative than liberalism, after all.

Liberalism, the term is a joke about itself, defined by a sense of tolerance, the holding of liberal views... Grasshopper, we're fucked here. America needs a new Mike Tyson and a new Public Enemy. It would help if they were Mexican, also. America badly needs some undisputedness again, something we can all agree on, something which leaves no room for disagreement or controversy. Let's hope it doesn't present itself as the daytime blossoming of a nuclear detonation, because I am starting to suspect that there are Americans out there that wish for America to express its power in one of the last ways that it possibly can.

White people are much more fun when they're scared than when they're angry. Angry white people frighten even me, and I can fit in with their crowd easily enough. All that is required is for me to shut up. Let me try that for a while.

That was me trying not to write about current events.

So, nobody "liked" my post about 12 year old girls yesterday on Facebook. Fucking pussies. I should have tagged a bunch of my overly heterosexual friends on the post and made a few crude comments about how delicious girl scouts are to the taste.

I don't mind people being pussies, I do object to them whining about things that they pretend to be angry about. We're going to need more than privileged anger to get out of this one.

Okay, no more. I wake up and this garbled nonsense is at the forefront of my mind. We have a president that is appointing Russian moles to the highest security positions in our nation.

And one small clarification, I noticed on the front cover of the Sally Mann book that the subtitle is "portraits of young women" which begs me to treat the photographic subjects as women, not girls. I should have been more careful in my observations. I could have written "a young woman's pubic mound" and should not have used the word "child" in that sentence.

I was treating the subject poorly through the use of ill-defined terms.

(I'd love to read the "Feedback" results for these definitions)

Well, I haven't read any new stories or looked at any new books on photography, so I have very little left to write about. I just wanted to make my mission statement here more clear. This site will no longer be dedicated to trading recipes for disaster. I will liberally express my thoughts and feelings on art and literature, before it is all disappeared.

I watched Lego Ninjago with the boy last night, though I suspect few would find interest in my exegetics there.

I did listen to Elbow's new album yesterday, Little Fictions. It was okay. They should stop trying to write such obligatory anthemic tunes. Their efforts are too overt, too self-conscious, too patently British in the arrangements. Beyond that, they are brilliant songwriters and musicians. They have the poetic twist, the flair for the type of nonsense that most deeply involves the human heart. 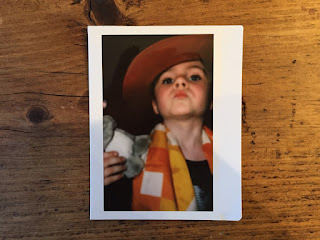