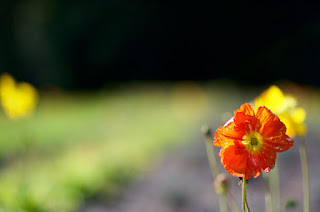 (An anus to another dimension)

An afternoon by myself yesterday, a New York Strip steak on the grille cooked rare to medium rare and half a bottle of cabernet sauvignon. Even with that little bit of wine and I woke feeling just a touch of thickness between my ears. I'm told that it's healthy in small doses, but all of its magic and charm seems to arrive at the bottom of the second bottle.

No, no it doesn't. The first couple glasses are quite nice, though.

This morning I prepare to go cycling with an old friend from Denver who lives here now. He also works for a tech company, so we'll be those two techie twats forcing up the cost of living in the Bay Area. He also owns a very nice bike, much nicer than mine in fact, so we'll have the added component of silent condescension towards other cyclists. Who knows, maybe if we're lucky somebody will let us evict a tenant while we're out on our ride. It's how I relax on the weekends.

Fuck. I hope he doesn't read this before our ride today. Why must I turn everything into a bullshit scenario in which I am a slumlord wielding power over the helpless? Well, not every time, but most of my first draft sentences do start with the words, Get your stinkin' immigrant asses out of here, NOW! Then I'll work from there as a jumping off point to finish the rest of the sentence. It gives me a sense of control over my undocumented readers. I'll also sometimes picture them handcuffed in an INS van. This works particularly well if I am writing in such a way that it seems as if I am giving a speech, a thing which makes me nervous, writing about public speaking.

Ah well. Making sense is no longer the burdensome requirement that it once was. Daddy has freed us from the facts. Writers should embrace this new way of communicating - riddle everything with bold inconsistencies, ignore all previously held opinions, present your hypocrisies as strengths. It is what America wants and needs, for everything to be an absurdly negating response to the last thing that was said. Always remind the nation that the one and only true truth must always comes from the mouth at the top.

Where are all of the satirists and absurdists? Most of the lampooning that I have seen, my own included, has utilized traditional sensibilities. It all tries too hard to convey a single point, that only of disapproval and resistance. We need more writers to get on board behind the US becoming the world's leading nuclear superpower once again.

See? Even when I mildly try, the first thing I think of isn't nearly absurd enough.

What we need is a wall between the American and Mexican border made entirely of ICBMs stacked shoulder to shoulder, maintained by out of work coal miners, of course. That sends the clearer message. If you can climb over America's nuclear arsenal then you can come in and pick strawberries for us.

When Daddy said that he was going to make Mexico pay for the wall maybe he meant it in a non-literal way.

He should have said, Oh, you're going to pay for it, everybody will. America will wreak Greatness once again.

I sure hope he doesn't crack down on the blooming California marijuana industry. The extra hour or two of sleep I get out of its responsible use each night has meant so very much to me.