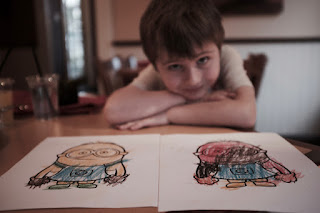 Every weekend should be a five day weekend. Wasn't that supposed to be the goal of capitalism? Ah shucks, even that is too politically loaded. I am happiest when not reading the president's tweets. I prefer to read about the nation's failing infrastructure and the deluge that is causing our dam spillways to fail here in California. The drought is over, at least, it's the floods that will have to be our undoing now. Everywhere there is apocalypse. Everywhere the end is drawing nearer.


Weekends should last five days, though. I feel rested and relaxed. If I had another five days in front of me then I might even dive in to learning something new. Yesterday, I did three loads of laundry and read about a hundred pages, and did precious little else. It took me four days of practice runs before I correctly nailed the expected behavior of a Sunday.

The book is good, though it is really something to note little ways in which my sensibilities (and I must presume that also of the general sensibilities of others) has changed in the last 30 years. The book was published in 1986, and so far I've seen nothing where the author is self-consciously drawing attention to that time period, but still there are little indicators along the way. Perhaps I will write a full book report once I've finished. I miss writing papers for school. Life seemed so much simpler when all that was expected of me was to write papers and read books. I probably should have stayed in school and worked for my master's degree, then spent the next however long bitching about how poorly teachers are treated. I might have been great at that.

Today, I will go in to the city and help people with technical problems. Always there is the wish to do more, always there is much to learn. Occasional rest helps. The mind must be loose to allow and invite the stimuli of reading. I've been wound up for far too long, masking my internal world with external arguments. This is why politics and social criticism are no good after a while, I'm just arguing to argue. I don't even believe much of what I have written, though it's just easier to write once you've chosen some imaginary side in an issue.

That's all that I really do.

I wrote several paragraphs defending feminism, only because my racialist friend had posted an article citing the dangers of "white feminism," which gave me something new argue against, but I deleted all of it. I was getting too close to the  conversational  territory that brings me so little happiness. So, I'm a feminist again. I was just waiting for somebody to attack the concept with something stupid so that I could pretend to defend it. #WhiteMaleFeminism. #Etc. #...

The seven day weather forecast shows one more day of sun than it does of clouds and rain. The first true sign of spring to emerge here in the flowered valley. It's not healthy, I do not believe, to live under sudden rains after months of sunshine. It causes one to spend more time with their noses buried in their phones. It dampens the mind, starts to smell like cardboard left in the rain.

I like using the period at the end of the hashtag. It makes no sense. We live in times that call for the making of less sense, and much more of it.