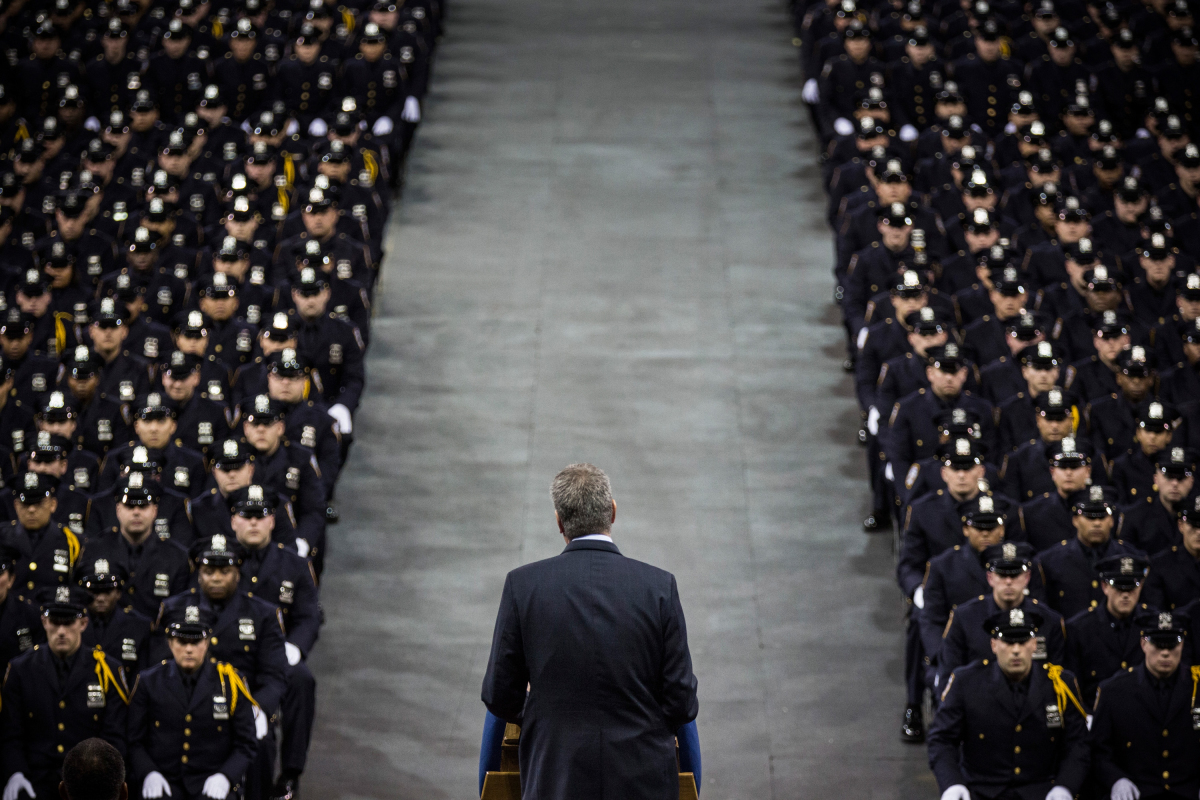 I'm no fan of most cops, an enemy to many. Watch them long enough and you will find that nearly all of them abuse their power, either systematically or impulsively, well past the point of violating the laws they are paid and sworn to uphold. They will intimidate anybody that questions them, even when the questioner is entirely within their rights and being respectful. They regularly stretch the truth on official reports when it suits them to do so, a form of perjury; crimes and misdemeanors, and on and on and on.

They function as a legitimized gang, though with the presumed purpose of sustaining order.

If you ever witness an interaction between a police officer and a citizen - one which results in the citizen being arrested - then do yourself a favor and request a copy of the police report. In California there is the CPRA, which acts much as the FOIA does nationally. Most states make these arrest records public and will only decline from doing so when the cop has made an egregious error, like having killed an unarmed anybody. Then, lawyers and judges must get involved to finally find that the report was made but lost, or that the report was never filed as this is a mere formality in cases like accidental death at the hands of a cop.

If you do take me up on the challenge of reading police reports then you just might be surprised at what you see. You will find a detailed analysis of events that in no way accurately reflects what you saw. You will see the persistent suggestion of resistance to authority as well as resistance to arrest, even when there was none. It is a commonplace practice for police to give themselves reason for misbehaving as well as the option to press for more charges later if you decide to complain.

Try it. In fact, you can read any number of reports. They all sound eerily similar. There are meticulous details included which, when combined, are damning for one side, the perpetrator. A police report always seems to suggest that the cop had no choice but to do what they did, which will sometimes involve the necessary application of force.

Every now and then this must even be true; some people do deserve to be arrested. But if there is any disagreement with the cops before the arrest occurs then you can guarantee that the report will be filled with hints of disorderly behavior and resistance to authority, which of themselves will only become crimes once the cop decides to arrest you. Before that moment they are known as freedoms.

Little matter the facts, there. Most people know this, and those who don't eventually learn it, unless they're lucky enough to be white, where they can live in blissful harmony with their local police force without much fear or wonder, but instead sustain a barely concealed admiration for order and for those who thankfully provide it.

Now, in NYC, we have an entire city's police force refusing to do their jobs. Arrests and citations have dwindled to near non-existence.

This is an act of mutiny and all involved might be put to death, if at sea.

These public servants are attempting to show elected officials who really runs the city and who holds the power.

This is never something to ignore.

The as yet unknown component of the story: the mayor might actually buckle. Hopefully not.

He should start firing, from the top down. Bratton, the police commissioner, should be the first to go. He has advocated for "broken window" policing, which is of dubious merit as a crime deterrent. That policy alone should be enough to get rid of him.

Then, downward from there until the message becomes very clear: those that are elected to power will not be intimidated by those who are granted their power by law, and are there to serve society. As others rise and are appointed positions they should be given a probationary period to correct the police force. If not, then say goodbye to your already bloated pensions.

Anything less would be emboldening their already runaway abuses of power.

If it's a test of wills they want then give it to them.

If anybody thinks that an entire police force acting with such unanimity of purpose, against the needs of the society they are tasked with serving, is nothing much to worry about then look at other examples of same. History has many. Cops have been abusing their powers for so long, with near complete impunity, that they have forgotten from where their power derives.

Does a part of me like the potential for chaos here? Of course. But the cops are not acting chaotically, they are waiting for chaos, inviting it, and even possibly helping to create it by non-involvement, which makes them complicit in whatever outcome results, and no amount of plausible deniability will change that.

If you ever need to see just how corrupt and power-drunk cops are then look no further than New York's Finest. There, we have an entire police force blaming the mayor for two cops having been executed. They say that he encouraged this behavior and now they're going to give everybody a taste of what life might be like without them.

I say give them a taste of it. What an enormously impotent being can adequately hide behind a badge that barely fills the palm of a hand.

Take that badge away. Let the lamp affix its beam.