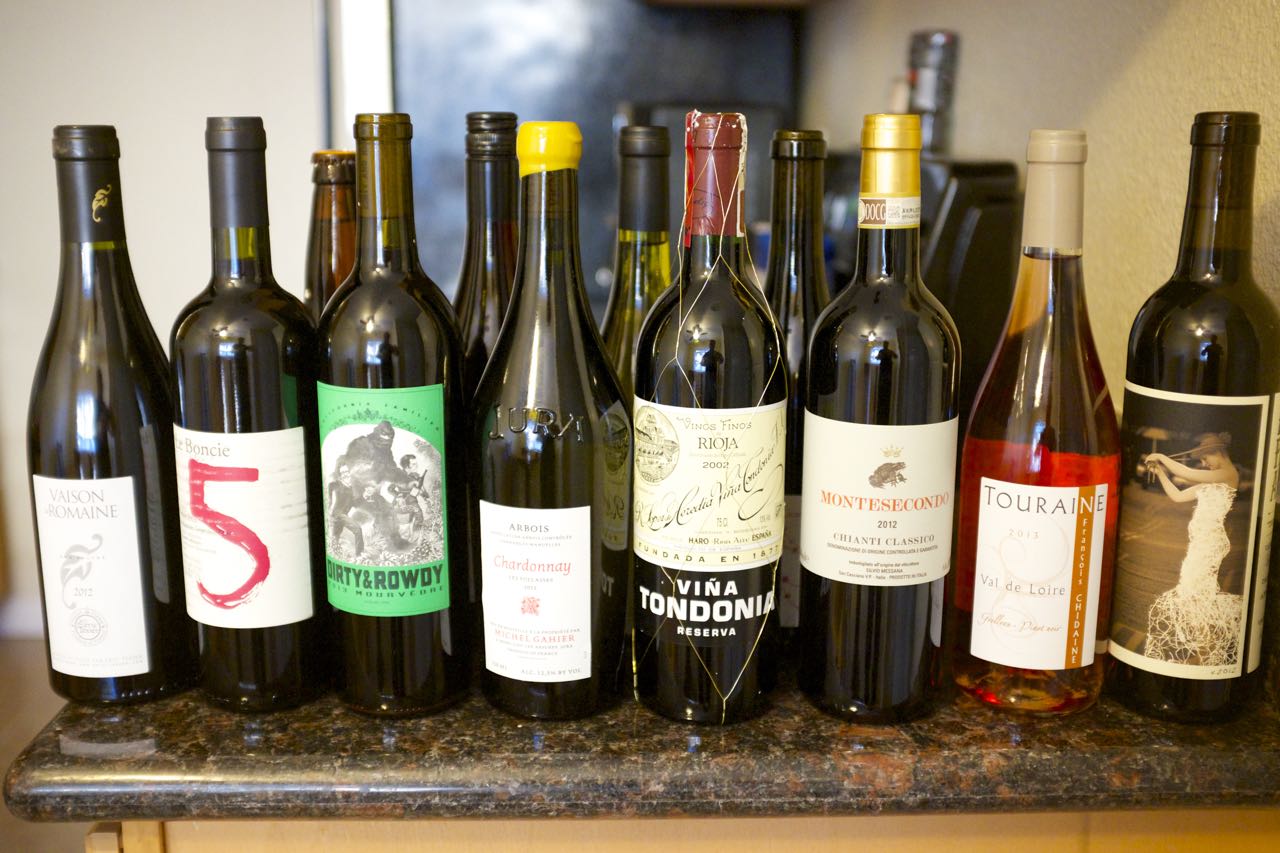 A box arrived at work for me yesterday. A large box, filled with many exotic wines. I have a true and good friend out there in the world. It's how you know that somebody understands you.

He just really "gets" me.

The labels are all wonderful and mysteriously suggestive concerning the bottle's contents. I will be a poet by the time that I am through. In wine there is truth, but one must also fight past the dragons to clutch any of it.

All friends should be like him. I could set them up on a shipping schedule, etc.

My buddy and I have known each other for many years, close to 40 now. Wow, that stings, the very thought of it. We met in 3rd grade. We were both in an advanced learning class, because teachers recognized that there was something wrong with us.

His mother used to carpool us to school. She had the Big Mac bumper sticker on the car: Twoallbeefpattyspecialsaucelettucecheesepicklesonionsonasesameseedbun.

I remember hearing Neil Young's "Southern Man" for the first time in that car.

He relayed a story of me being "distraught" at the death of Randy Rhoads. A small plane mishap involving a coked-out pilot and trying to "buzz" the tour bus at ultra low altitudes. A few feet too low, anyway. That happened not far from where we lived. I must have just been in a dramatic mood, as I never gave a shit about Ozzy Osbourne, I do not believe.

Black Sabbath were some freaky Christians. They must have been fun to have a seance with.

He brought Queen's "News of the World" to school one day and I borrowed it, took it home and made a cassette tape of it. It was known as "pirating."

Listening to that album now I struggle with ever having liked it. It's as if Andrew Lloyd Webber decided to start smoking speed during a very average acid comedown.

The seventies were weird, man. As a child I loved very dramatic music. Music that I now find unlistenable.


That Freddie Mercury sure was a character. He got all dressed up for the video.


My life has recovered marginally since taking the Facebook app off of my phone. My driving, however, has improved tremendously.


I feel unwell today. I drank a bottle of red wine when I got home last night and it must have agreed with me. I sat up much later than normal and spewed nonsense into the celestial aether.

I have the boy this weekend, so we will go and have many adventures. I may write about them here.

Then, I am off to the Colorado mountains to ski and watch the Super Bowl, maybe drink some wine.

I may write about that also, as the whims pull me.