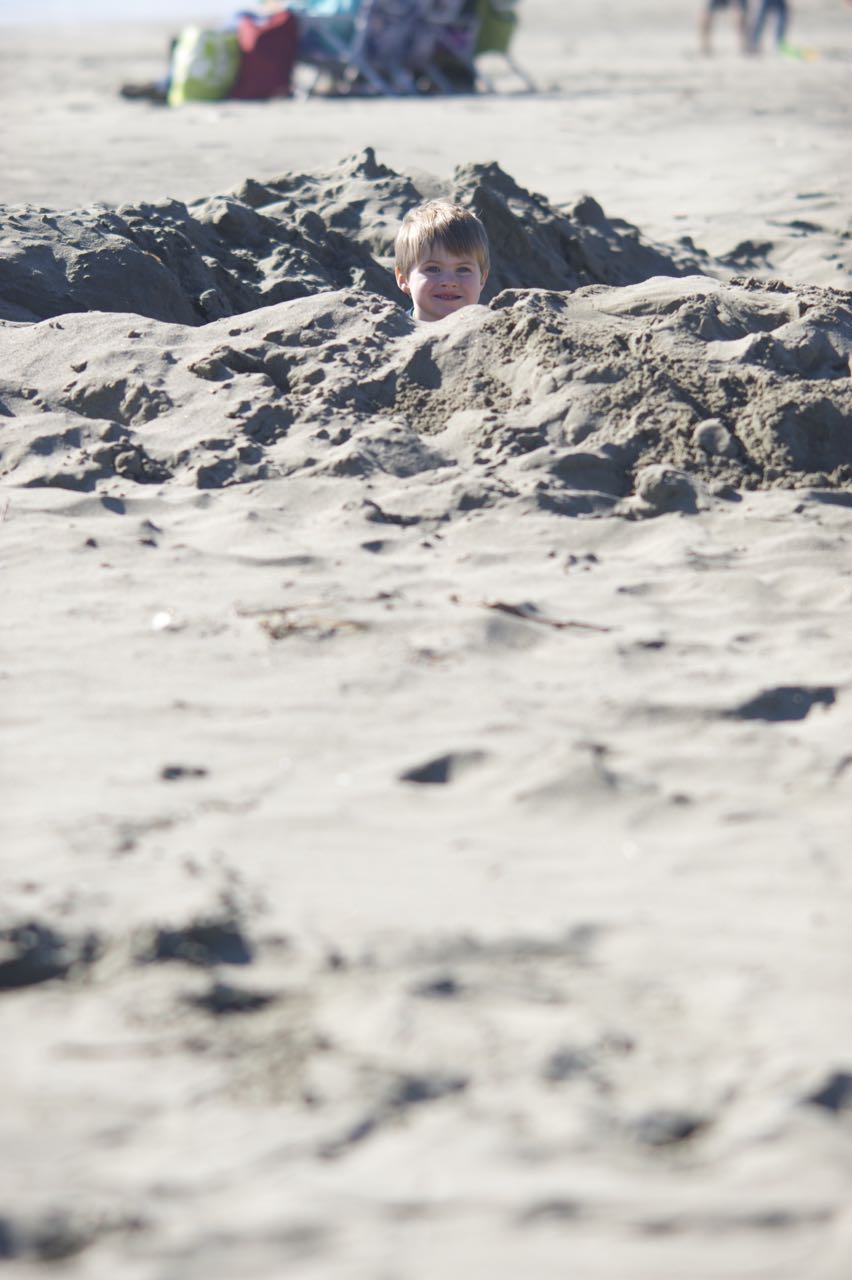 We will bring beers and something to barbecue to the top of the mountain and grunt at our good fortune.

I have always relied on Rachel to buy kid's presents. She is very good at it. I just spent an hour on Amazon.com to finally just give up and order Jenga and Connect Four, only to find out this is 2015, and kids have moved on.

So,  I cancelled those and now I am tasked with shopping for a birthday present for a seven year old, maybe eight years old. Probably seven.

I should know how old my nephew is, though I'm not sure what I would do with the information. I suppose I could remind him how old he is, that might be novel. Though I assume a crazy uncle knowing how old you are also ceased impressing kids at some point in the mid 19th century.

I could show him my bunions. Kids just love that sort of thing.

Right now, I am struggling to keep up with a three year old. He is partially pictured above, bunkered at the beach, happy as a clam. I was playing with a lens that I rarely use. It's an outside lens, almost exclusively for me, anyway. Others might not feel the same, I'm sure.

I can feel the Super Bowl approaching. That's mainly because I am in a house that is preparing for it. Two large tvs arranged in expectation of game day, talk of roasted lamb and spare ribs, the variety and number of beers needed.

I like sports, but a part of me just wishes to lie motionless on a couch, listening to Vivaldi, white curtains wafting in the winds, expectedly waiting for Spring to appear.