... too much fucking with us

I don't want to get out of bed. I want to sleep until daybreak and then wake slowly as if I was not waking at all, a man without intentions. The simplest freedom of life is the release from petty responsibilities, an exemption from the baseline obligatory discomfort of subsistence.

The deliverance from feeling that the things one does are both trivial and required. That, too, would be nice.

It is the middle-class struggle, to achieve a luxury of living, an essential leisure.


The world is too much with us; late and soon,
Getting and spending, we lay waste our powers;—
Little we see in Nature that is ours;
We have given our hearts away, a sordid boon!
This Sea that bares her bosom to the moon;
The winds that will be howling at all hours,
And are up-gathered now like sleeping flowers;
For this, for everything, we are out of tune;
It moves us not. Great God! I’d rather be
A Pagan suckled in a creed outworn;
So might I, standing on this pleasant lea,
Have glimpses that would make me less forlorn;
Have sight of Proteus rising from the sea;
Or hear old Triton blow his wreathèd horn.

That is the poetry of the day. I was talking to CS a few months back and explaining to him that poetry no longer exists. It is of little use and even less consequence. It has been replaced by the short story. Poetry makes people feel awkward because it is the most contrived of all efforts made in written language. It is self-consciousness raised to the most precious extremes. You would have more people interested in conducting a seance than listening to a poem.

I never set my alarm, but I did last night, for unknown reasons. It just went off, to remind me of what I am saying here.

My "alarm" is just a little useless .m4a recording of me reciting this:

and when love came to us twice
and lied to us twice
we decided to never love again
that was fair
fair to us
and fair to love itself.

we ask for no mercy or no
miracles;
we are strong enough to live
and to die and to
kill flies,

attend the boxing matches, go to the racetrack,
live on luck and skill,
get alone, get alone often,
and if you can't sleep alone
be careful of the words you speak in your sleep;
and
ask for no mercy
no miracles;

and don't forget:
time is meant to be wasted,
love fails
and death is useless. 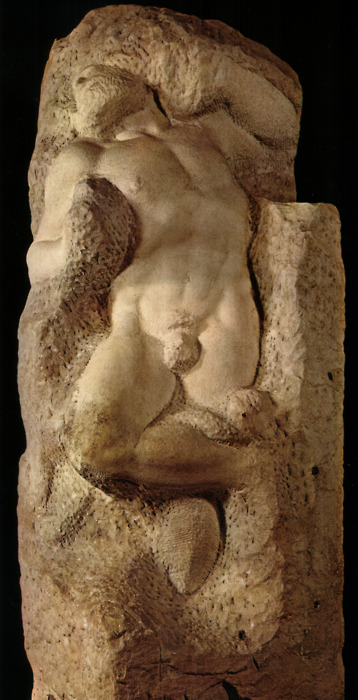 "I saw the angel in the marble and I carved." - Michelangelo