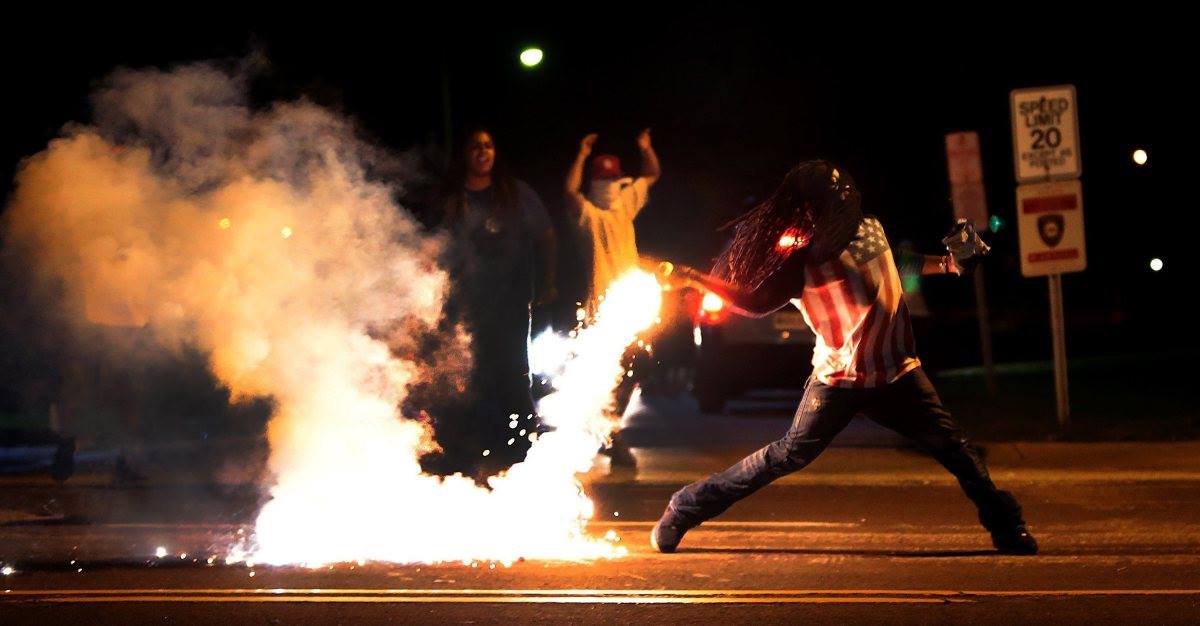 As far as convincing the police that para-military gear is antithetical to the concept of freedom, am I the only one that thinks that maybe molotov cocktails and fireworks are not the most convincing counter argument.

People seem very inspired by the level of resistance that is rising up out of the anger in Missouri - and I am always happy to see cops get frightened - but if you take any time to wonder what the cops' reactions to any of this are then you'll have an easier time understanding why they're going to keep their tanks and assault rifles.

Police reaction to street violence and threats against their authority is never going to be a newfound love for pacifism.

Don't misunderstand me here. I'm not on their side and am not trying to justify their behavior - past, present, or future - only trying to point out where certain freedoms function best, and how grasping a taste of freedom by lobbing flaming shit at the cops has its limitations.

When a cop looks at that picture above he might very well see it through the site of a barrel scope:

I had the subject in my site and when I realized that he was about to throw what appeared to be a lit incendiary device at a group of fellow officers I was forced to squeeze the trigger of my regulation semi-automatic.  The subject fell immediately to the ground and I continued to secure the area.

That sort of thing.