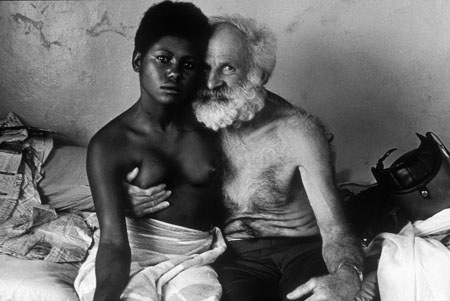 I should be packing the car, but I'm not. I had hoped to finish up packing last night, but I didn't.

If I drag my feet a bit then I'll get to see Rhys before I go. That's my plan, anyway.

People have been reaching out from near and far to tell me that Burning Man is not what it used to be.

Well, I certainly hope not, sort of.

As long as there are tall, barefoot, skinny blonde girls wandering around topless in just white panties and construction helmets then I'm sure I'll find the festival worthwhile.

No, I kid. naked people are disgusting and should be ashamed of themselves and their bodies. I dismissed everything I learned in church except that little sliver of useful science.

Shame and the overcoming of it are powerful sexual motivators. You can have shame without a religious upbringing but it never comes out right. It's somehow never guilty enough. It doesn't dig as deep.

A last-minute friend is staying in my tent with me, so I have been shopping for two. I went and bought what I thought was a lot of canned food. When I packed it all into a small cooler there was still a fair amount of room left over. Ah well, perhaps I will finally lose some weight out on the playa.

It's not fair that some people seem to enjoy life so much and they are still thin, and young.

I have to admit that I'm a bit of a dad now. I'll see some naked girl out there and I'll be thinking, She should really put a sweater on, she's going to catch a cold. You can see her nipples are hard. Her body is trying to talk to her. The sun doesn't even come up for another few hours.

I hope that I do not think those things while out there. It's tough to say. It could go either way. Things have changed for me, too. Maybe I'll love Burning Man more than ever this year. Maybe it is growing old with me.

Perhaps there are no naked people at Burning Man any more, and that is what my friends are trying to tell me.

That would be awful.

Ah fuck it. I'll go nudist while I'm there. Perhaps I should have told my new tent-mate that I've made this decision before he arrives.

He might become alarmed at the sight of my ding-dong out in the desert, covered with alkali dust.

It's a good thing that humans don't get erections like dogs, where the pink fleshy part comes out of its fur covered sheath during moments of arousal. Humans would just ruin that poor, tender, exposed flesh underneath. I know I would.

I'd be dipping it in bottles of liquid morphine.

People would be screaming at me, Hey, that's for all of us!... but I wouldn't care.

I look back to the many horrific things I've done to my penis and I am grateful that it is covered in some protective skin - it would have never had a chance otherwise - even though the church took some off of the end.

I believe it is called 'tithing."

It seems such a very odd thing to have to give back to god, and so soon.