Batman, and now Robin too 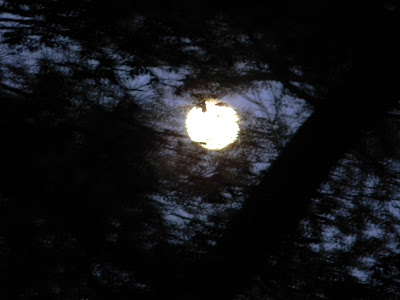 I feel as if I have a new life. Nearly a week still left ahead of me in San Francisco, Nob Hill. The fancy part of town. Apartment sitting for a friend, living a life in which I can pretend again.

Parking is a relentless curse here, but ah well... I imagine that there must be spacial obligations anywhere worth being. This neighborhood has everything else I want. So, why bitch?

I walked to dinner last night. Nob Hill Cafe, sort of. I never use the Yelp app but downloaded it to choose among suggestions made through the democratic process. There was an hour and a half wait for a table but not when you're eating alone. They sent me to their "sister" restaurant up the road a block.

No waiting for a seat at the bar. I felt as if I was on a date, except for the glaring omission of there being no datee, a counterpartner in crime. That, and I was sitting at the bar, facing a mirror, checking Facebook. I suppose it did not feel like a date at all.

Lovely though, nonetheless. The sautéed pork, with shallots, spinach, the beet salad appetizer, a cocktail made of ice and business. The chance to sit next to a businessman of some sort who was writing a piece called "Mystery" on his laptop at the bar.

The only mystery was how somebody that isn't forced to do hard manual labor for a living could write so poorly. I know the "mystery" genre relies and even thrives on self-consciously poor writing, but Jesus...

Example: He patiently opened the door and stepped inside when he suddenly heard a car pull up outside. He almost jumped from being startled but then his foot tripped on something heavy lying on the floor in the cold darkness. Could this be the body he was looking for? He had to think fast. Where did he leave his gun.

On and on like that, for pages. I was fascinated. I sat rapt.

I haven't struck the right tone for imitation, though. I should have taken out my phone and snuck a picture, or jotted down actual lines. But you get the idea. Everything was an action, or an instruction concerning the character's thinking. The plot seemed to be advancing rather rapidly, as if it also was trying to escape something.

I started to feel bad after a while, though. I imagined the guy had gone through a recent divorce and he was fulfilling a promise he had made to himself, to write a book. This thought didn't improve his writing any but at least it helped me to stop reading. I was consumed by the suicide experts giving their advice freely on Facebook, making their proclamations of shock and heavy-heartedness.

Suicide gives everybody a chance to talk about themselves.

It never ceases to amaze, then disappoint. All sorts will trot out their nonsense, agreeing how selfish an act suicide is, often using it as an opportunity to discuss their eating disorders, or some other bullshit.

- Suicide is NEVER an option.

- So, you think it was murder?

I only make people angry.

Only in America!, I'll suggest, for reasons unknown.

I figure that if there's ever a time to make unqualified claims then this would be it. I try to force gun laws into the conversation, anything.

Some will act as if you should revere their personal relationship to suicide, and I suppose there is some sense and purpose to that. Not to the point of silence, though, which is what they're hoping for, at least from me. They will reveal publicly the pain they went though when uncle so-and-so offed himself, how it doesn't end the pain, it only transfers it to the survivors.

The survivor-victim dynamic is not often one worth getting tangled in. Best to avoid.


It is quite sad, of course, even tragic, that such a loved person decides that life is no longer worth living. To end a life of affirmation and humor in what many must see as a final act of desperation.

One online friend even described him as "a very sick man."

People get so angry at me when they're talking about how brilliant and insightful Williams was.

I'll suggest, So, you think he was right then?

Brilliance is more easily recognized by some when it comes in the agreeable form of comedy. Few wish to engage in the disagreeable versions of brilliance. Persuasion pulls, never pushes. Charm convinces.

Oh, Robin, why the sudden and final negation? You always made so many people happy...

That perhaps he found life to be unbearably tedious escapes those who can not imagine a man like him enduring the feelings that lessers might have to contend with. Success is no greater defense against misery than intellect or talent. No one is immune to the effects of time. It can only be defeated here and there, in the moment. No victory can ever be claimed as final.


My pork dinner sat quite happy in my stomach. When I left the restaurant and began the walk home, back up the hill towards the cathedral, I was in a pensive mood. I took note of the regular population of street lights, the compressed shadows of the trees falling across the sidewalk beneath. The irregular, moonlit, and temporary patterns of life. The wind barely moving between.

I stepped out into a shuttered world that cost more than it could possibly provide, even when closed, perhaps then most of all. The value of things had shriveled, the expenses ballooned. The shops always close far too early in affluent neighborhoods. What do they possibly have to fear, except only the trouble that night delivers.

I glanced down the hill and out onto the lights in the bay and felt something like luck. My own life and the many mistakes contained therein have always been my greatest source of pleasure and pain.