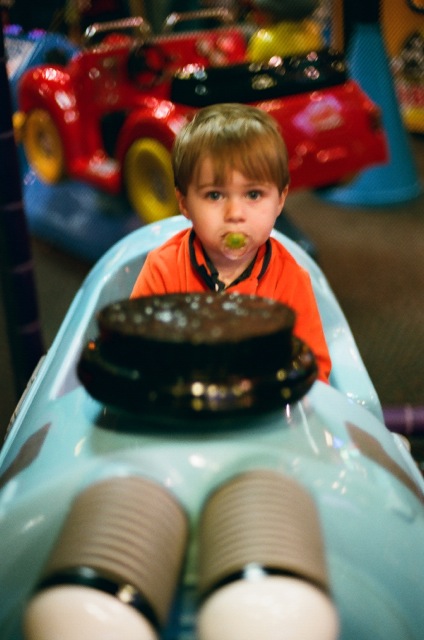 I had a concerned friend reach out to me yesterday, to verify that I still loved techno. Yesterday's post must have frightened him a bit. So, he sent me a two hour non-stop dance mix he did recently, filled with all his latest virtual record-box gems. It was good listening, and matched the tempo of of my job. Always faster than the human heartbeat, etc.

I might even listen to it again today, such was my workhorse efficiency.

How funny, though... the activities I used to conduct to that music. Now I use it to pass the time at work, and of course, the gym.

Or, sometimes in the car, when no one is looking, like the boy above. Is it silly of me to miss his binky a little bit? It was adorable and sweet, its comforting power. Now, we have begun to reason with him. It simply is not the same.

For some (not my friend mentioned above), to even mention that you like another genre of music is tantamount to betrayal, particularly country. It is the antithesis of all that is cool and new.

But country fills me with something similar to nostalgia. There is a wistfulness in the music, the best of it, that soothes and reminds. A melancholia set to dance, and swing. There is the sense of a slow pirouetting in the best of country music that makes me want to move and go with it.

I'm still undecided on nostalgia. I give in to it too often to speak of it honestly. It is perhaps just another failed relationship of mine. The past and I are co-dependent. Well, one version of it, and I.

I believe it is nostalgia, though, that prevents many suicides. There is a reluctance to let go. There is also, of course, the gruesomeness of the act that functions in a preventative manner.

So, between the saccharine pleasures of longing remembrance and the knowledge of what happens to a human body on or just after its self-departure, there is the momentum of life.

This isn't where I wanted to go with this post, at all.

Ask what country can do for you....