I need you more 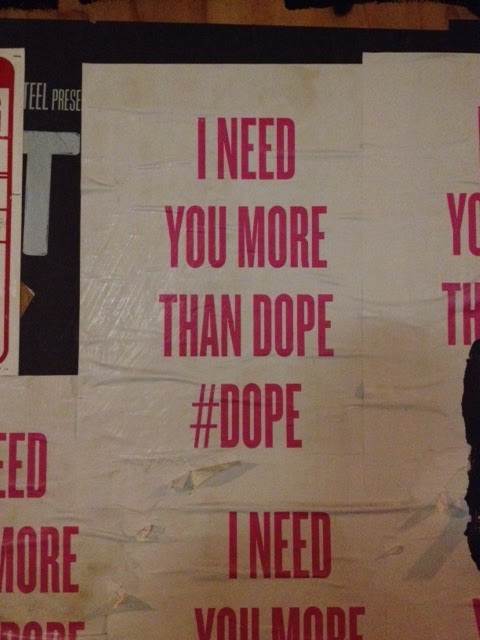 After four months of not drinking, to the day, I decided to try it again, last night. It was exactly how I remembered it being. Nothing terrible happened and I did not wake up feeling awful, though neither do I feel great.

I don't get it, to be honest. I don't understand why alcohol is so problematic.

I have been listening carefully to what others say about alcohol, its seductive and cunning nature, and concede that I may not know everything that there is to know about it, even after decades of informal research.

It did not seem to hold any special magic for me. What it did hold was the chance to hang out and talk with my friends in a way that I normally don't, or haven't.

I felt freer, and a little dizzy.

I can see how that could be dangerous. That feeling, if it became what you lived for, to the exclusion of other pleasures, could be disastrous. But I did not feel that much more free, just a little bit more willing to express things. Careless even, perhaps.

But most of all I suppose I felt like less of an outsider. I didn't have to sit and explain my feelings about drinking, or abstaining, to anybody that would listen. I was just one of the people there, having fun, talking. Abstaining entirely sets you apart. That is something to carefully consider. Nobody wants to feel left out, nobody wants to be left out. Last night I was a believer, a belonger.

I didn't have any special reason to drink. A close friend was in town, and yesterday I finally paid off my last bit of remaining debt, my student loans, but it wasn't either of those things. I just wanted to know what it felt like again. This thing that I've dedicated so much of my time and life to. I wanted to understand it better, more.

It wasn't terrible but neither was it grand.

When I stood to walk from the bed to the bathroom just now my body felt heavier, less stable, less certain. So, there is that to consider. I have greatly enjoyed the feelings I've had of lightness, buoyancy, balance, and stability. Those feelings have brought me pleasure.

It was just beer and wine. Not in excess, but also not in strict moderation. I made no promises either way. Both drinks tasted just as I remembered them. Alcohol has a bite to it, even in small doses.

I don't hate myself, for having drank or for anything else.

I don't have what I would consider a hangover, but I don't feel wonderful. I feel curious. I want to know what this will mean for me, if anything. I want to know if alcohol represents a problem for me, or if it is an excuse for me to only deal with my problems in a certain way, through the distilled filter of it.

I don't get it, the problematic nature of it. I really don't. It makes me wonder if other intoxicants would become like alcohol, for a certain section of the population, if they were legal and designed to be consumed the way that alcohol is. Special places, like bars, set aside for their consumption; process oriented intoxicants.


It was good for me, I think. I hope. I have been questioning a lot of things lately, drinking being one of them. Myself, also. I want to re-determine where I stand with things, for the purpose of finding new joys in life. I want my pleasures in life to increase. I don't want to feel as if I owe anybody anything but I don't want to prove that I don't by hurting them.

I have spent four years on this site trying to be honest. I'll try that with drinking also, as much as I can bear it, and to the point that it does not bore me.

I am already very close this morning.