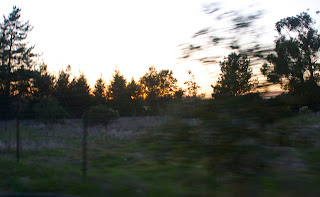 The station platform is crowded with travelers, commuters. The occasional student, two’s and three’s of them, small groups separated from other small groups by choice. The formation and disruption of naive allegiances, perceived betrayals. We each await the arrival, aligned loosely along the station platform.

The train pulls into the station slowly, coming to a stop with a comforting exactness. The mighty string of machines releases their hydraulics, sending a whistling announcement of the completed task. The passengers de-board with uniform purpose, all turning towards the terminal, beginning their walk down the platform, then apart. A few stragglers grappling with overstuffed bags, broken wheels - accumulations and their fractured vessels.

The conductor lazily announces that boarding will resume shortly, time vanishes. The station clock spirals upon itself without descent or climb, only loss, seconds gone in an unending arc. Several minutes later the conductor’s bored promise is complete. We each gather our bags and quietly form several lines, two at each car, two in tandem where every car meets another.

Once on board there is much shuffling, some mild grumbling. Lovers agreeing on where to best seat their love, views considered then rejected, the exertion of nearly mutual wills, space. I pick an eastern seat, placing my newspaper next to me, hoping it will dissuade the lonely, and discourage crowding or conversation. I stare out the window at the emptying stage, the recently unused benches, the maps, the advertisements.

A woman enters the car, mid-thirties, tall, dressed in almost sharp lines. Her bag packed lightly and held across her shoulder.  Her ash blonde hair falling to both sides along the back, very loosely curled, pulled behind her ears, held in place away from her face by an unseen mystery.  She approaches, scanning for an open seat.

I pick up my newspaper and pretend to read. The arts and entertainment section. She passes. I keep the paper up past half of my face, not covering my eyes, deciding against abject falseness yet barely pretending to read. I return the remainder of the paper to its position. I stare at the printed words in front of me, the images, unsure of the arts, certain of the entertainment.

The doors close, seconds pass. The train bumps forward with much metallic effort. Slowly, the platform begins to slide away, the empty benches recede from sight. We enter an unlit tunnel at a crawl. The lights stay down for several moments as we join a near complete darkness. The train’s lights flicker on and then off again. There is the pull of increased speed. What little can be seen passes in secret abbreviation, blurred by motion and darkness. The rattling increases, sending us all into the dimness.

As we approach the end of the tunnel each passing instance becomes less of a mystery. There is the growing of light. We emerge into daylight, objects distant become determined though not fixed in the mind. Articles settle into moving place, returning with secure positions, the need. The early morning sun illuminates the east. Once past the brush near the outer station the shadows of trees breaks the world into an almost cinematic shutter. The substantial morning backlight slicing the world into alternating portions of brilliance and shade.

April. Overcast days are coming to a close. Spring has committed to its opening. The sky stretches from horizon to horizon, unbroken by cloud. Only the hill line speaks of further distances, unseen efforts. The train rocks from side to side mildly, advancing with a mechanical gallop, its steady pull, the feeling of increase. Up close the world shuffles by in blurred, unexpected fragments, the distance shifts as a holographic postcard, held far past hand’s length.

As we are pulled from the station the passengers settle in more fully. Seats barely recline, an insult to comfort. I opt for the new book in my bag, reaching in and retrieving it while stuffing the newspaper in the pocket of the seat in front of me. The page is held with a worn ticket. A broken paragraph at the top gives no memory as to where the story is in its telling. The previous page becomes vaguely more familiar. It is about a love cracking slowly, across several cities, then again at home. I remember it all now.