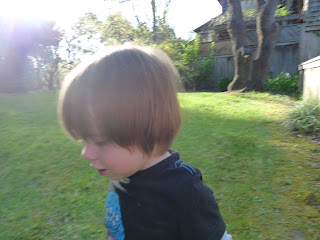 I wake at impossible hours, the approximate time that I used to leave to go out for the night. It makes no sense, but what are the alternatives?

Yesterday's late-written post was titled as a joke. I had meant, "Sonoma, Love it or Leave it!" but I'm not sure how many people got the joke. A few clicked "Like" on Facebook without reading it at all, I'm certain of it. People who have never indicated in any way that they've ever read my site before. Those who insist upon their version of patriotism as being primary, exclusive, and hopefully one day singular.

Perhaps the slogan means something different to them than it does to me.

Oh well. Some of you might not remember the bumper stickers. I always found them odd. As if being angry about the Vietnam war and wanting America to live up to its promise is somehow a good reason that you should leave, right away. Not just a reason, practically a commandment. It sounds like one of the enshrined articles of a national 12-step program. The aging slogan seems somehow more apt now, for many, than it did when I was a child. Though that could have everything to do with my age rather than the age of the sentiment, of course.

"Love it or Leave It" was a catch-phrase designed as a response to the anti-war protesters, a sort of anti-anti-message. Its basic idea is obvious: if you don't like America being involved in Vietnam then get the fuck out. It is very pro-war, yet it somehow seems to misunderstand that those leaving for Vietnam might come home loving America even less, and nobody has to leave because they want things to be better. It is a message to all those who might not want to be drafted and fight in the war.

There are plenty that feel the same way now, that the country has been overrun by those who don't and can't possibly grasp its core concepts, those who never loved her blue oceans and white mountains, those who never teared up fighting Reds on Veterans Day, immigrants, etc. That any of those who would even question the traditional American way of life don't deserve to be here and should be shipped off to fight our wars for us along with most of our southerners. You know the ones, those that have never paid their fair share. The ones that have no investment here. The darkies and their ilk.

As if, somehow, questioning is not just the opposite of patriotic, but that its true purpose might actually be discourse, if not worse: social programs.

Ah well, what can be done? I'm not even really in the mood for politics or patriotism this morning.

But one last thing, with much uncomfortable effort some Republicans finally seem ready to reach out to Latinos, miraculously just now realizing that without them they've lost the national vote. I find it incredible that the only message they have had for the direct descendants of slaves, or even actual slaves, is that they need to invest in America if they expect to take anything out. Now they want to reach out to Latinos.

What improved lesson can they possibly have for them, "Hey, fence-hoppers, look over here...We're not as old as we used to be...!!!"

The reasoning would be cynical and craven if it wasn't so pathetic. It is beyond me, but most things usually are.

That's all of the politics and cultural criticism I have for today.

"America is like an insurance company with an army." (often credited to Paul Krugman, though he denies being the originator)