The satisfaction of faith 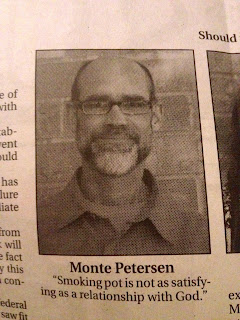 Fuck, this virus has moved through most of the systems of my body. Last night it finally reached my tear ducts. Enormous amounts of crusty nonsense is making its way out of my eyeballs. When I awoke I could hardly open my eyes, they had been sealed shut with the remains. I noticed this happening to Rhys also but had assumed that it was just from him being young, a strange by-product of a miniature body and the sickness having nowhere else to go. But no, the eyelash scabs have attacked.

The dreaded invaders have not entirely retreated from my lungs yet, either.

I am so sick of being sick. It has been almost a week now, with little sign of relief. Vitamin C is useless against it. Their viral grip is unpersuaded by its chewable orange healing reach.

It must be fascinating to read about.

I went to the grocery store yesterday. Barkley and I could no longer survive on crusted bread scraps alone. I don't really have a system when shopping for groceries. I just roam and accumulate until I start to feel guilty, or just after. I spent over a hundred dollars and walked away with almost two meal's worth of food. A few bananas and oranges, some lunch meat, a couple cans a soup and bottles of wine, a steak, a pre-cooked chicken.

I have stuck to my diet pretty well, though I am "in the hole" again with my two drink a day limit. I'm floating around -5, which is inconvenient considering that there's wine in the house now. Perhaps it is easier to just stop drinking for a week every now and then (about every other week), rather than trying to hold myself to a two drink daily limit. As long as I maintain a deep and abiding love for the truth then I should have no problems....

Just consider old Monte Petersen from above. He could have chosen to smoke pot, but it's just not as satisfying as his "relationship with God." Though god makes no demands that he choose, none that I know of, anyway. I know several that will swear that god's voice was completely lost to them until they started smoking pot, and dmt. Now they can see his handiwork everywhere they look, in nature and elsewhere.

I've never heard it, myself. It was always me that was talking in my head.

I've been told that the claim of atheism is an arrogant one, that to put your faith in reason is no different than having faith in god. But I've never claimed that the mathematics that describe the universe have ever asked me personally to stop smoking pot, or that they have ever indicated that they are even vaguely aware of my existence. Now that would seem to me to be an enormously arrogant claim.

No amount of reason ever had to die for my sins. It's been wounded here and there maybe, clipped on a wing from time to time, through neglect. The voice of reason never whispered its aversion to pot.

Not to me, anyway.