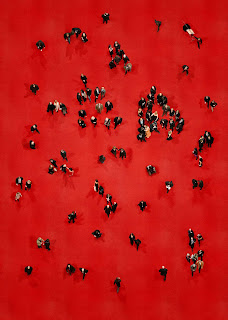 Again, I go into the city, early tomorrow, I will not be able to write. It would be nice if I could sleep all the way to my desk at work. Yes, they keep a desk for me. They are like The French Lieutenant's Woman. Is that reference too dated? Probably.

It was Margaret Thatcher, somewhere around Kramer vs. Kramer and Sophie's Choice.

I forgot why I titled this post Living with Tattoos. I feel like I had a reason when I started. Isn't that always the case?

Fuck it. I'll try to finish this piece in the morning.


Nope, that's what I wrote last night, now I'm at my desk.

There is even less to report this morning than there was last night. Work has piled up around me overnight. I caused it all, of curse.

Ha, I meant to write "course."

That's something, I guess.


Here is something else for you:


The Tragedy of the Leaves

I awakened to dryness and the ferns were dead,
the potted plants yellow as corn;
my woman was gone
and the empty bottles like bled corpses
surrounded me with their uselessness;
the sun was still good, though,
and my landlady's note cracked in fine and
undemanding yellowness; what was needed now
was a good comedian, ancient style, a jester
with jokes upon absurd pain; pain is absurd
because it exists, nothing more;
I shaved carefully with an old razor
the man who had once been young and
said to have genius; but
that's the tragedy of the leaves,
the dead ferns, the dead plants;
and I walked into a dark hall
where the landlady stood
execrating and final,
sending me to hell,
waving her fat, sweaty arms
and screaming
screaming for rent
because the world has failed us
both