"And the sabbath rang slowly..." 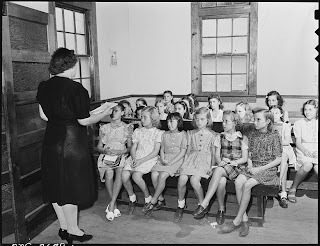 No more installments of the possibly doomed love affair this morning. I had bored of writing about half forgotten dreams, coffee, and the weather. Perhaps I'll pick up the serialized romance again later this week. Yesterday's post was written months ago, but it fit, so... I stole it.

It's just practice, though for what I do not know. Being a better storyteller, I guess. A father should be a good storyteller, though not necessarily a fabulist.  My father tried to imbue a morality lesson in all of his stories, usually involving the value of hard work. I could see through it and I hated him. I thought that he was a fool.

Did I ever relay the story here of how he made me throw most of my books away. He claimed that they were a fire hazard. He had forced me to put many of them out in the garage, where they were ruined by the Florida humidity. They all just started falling apart in my hands. The glue could not keep the bindings together any longer. Then, because he wanted more space, he claimed that they were in danger of causing a fire. I tried to reason with him: explaining that books, while flammable, did not automatically burst into flame and consume houses. If this were the case then nobody would allow their children to visit libraries. They all got chucked out anyway, sent to the incinerators.

Man, I hated him.

Well, I suppose I should learn to let all that stuff go. I wasn't exactly a childhood Locke, or a Rousseau.

How charming and wonderful, a little rhyme...

And perhaps you thought that I was going to write more about the unholy act of penetration this morning. No, you see, it's the Lord's day...

Many do not know that oral sex also qualifies as sodomy. It is an umbrella term that encompasses any form of sex that dose not include a righteous penis going into a supposedly virginal vagina, sanctioned by the almighty in marriage. Some women do not care for any type of sodomy. The devil hates them most of all, because his evil has no way in.

Do not make love in your anus or mouth, particularly in that order. It is an abomination, one that showering does not erase. Your shame is amplified through all the cosmos when the devil hovers over you this way. It's not pleasure that you feel, it's just the beating of his wings above you.

Between every good Christian woman's legs there are also sleeping angels. So, be careful.

You see, God loves you from a mighty distance, like a celestial stalker. He knows the count of hairs on your pubic region, but he will always be separated from you, because of your sin. Eating from the tree of knowledge was like having a universal restraining order issued, and he is understandably angry about it, but desperately loves you and wants you to stop what you're doing right away. Behold, he's crying in a van outside your house.

Now remember, he loves us in an unlimited way, though always from afar. He simply can not be near sin (re: Sodom and Gomorrah actually means "Cease and Desist" in some translations). It is his nature and will.

When you look back and only see one set of footprints on the beach, those were the times when he was about 60-80 yards behind you.