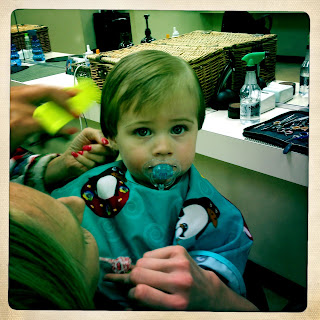 Fuck. I called out again. There is no joy in it. I am just sick. Too sick to work.
I went to the doctor yesterday, only to make an appointment for a physical. It's that time. But since I was sick they cleared room for me right away in the doctor's schedule.
I sat on the table.
He came in and said, "There's really nothing we can do for a viral infection, just time and rest, do you need anything else?"
"You're kidding, right?"
"What do you mean?"
"I didn't even want this appointment. Your front desk convinced me to take it because there was an opening and I wasn't feeling well. I came in to make an appointment for a physical. I can never reach anybody on the phone here when I call, so I stopped by. I have the day off today. I'm sick, ya know?"
"Well, I see you do need a prescription refill."
"Sure, but that could have waited. If you want to rape my insurance company I can help you, but not like this, please."
"Well, I'll call in your prescription and we'll see you next week for your physical."
$20.00 copay for office visit
$10.00 for 60 Xanax
I still win, but I feel like I should be getting a little more out of all of this.

Am I publicly proposing insurance fraud right now? We'll have to fix all of this in editing.
The best way to rob a bank is to work very closely with them.
After yesterday's post a nearly anonymous sexist went on and on about how whiny men are, on MY Facebook page. As if..... She must be new to reading this site. That is all that I do, and not just when I'm sick. It is meant to mask those times when I am actually filled with self-pity; to always exude sickness and a need for nurturing. It is a strategy I employ to occasional success and fluctuating disaster.
An old friend of mine had a girlfriend who was never well. If you ever made the mistake of asking her how she was then she would always unroll a litany of various aches and pains and ailments. It was as if she wheeled her deathbed around with her, wanting you to climb in. There were never any takers. Her whole family was the same. I met all of them. It was incredible.
I have a legion of devils inside of me and I would provoke them, feigning greater and greater interest in each imaginary infirmity, asking to see various locations on the body from whence the pain emanates. This would drive my girlfriend crazy. She thought that they would detect that I was goading and mocking them. They never did. They loved me. I would offer homespun solutions to their various maladies, confirming that it was wisdom that had come down from my grandparents. The backwater sophistication of the ages could not be held in higher esteem among this crowd (I never knew any of my grandparents, etc.).
It was quite a rush. I would just make stuff up and throw in plausible sounding ingredients every now and then, along with the word Borax when it felt right. 20 mule team!, I would occasionally exclaim, lightly slapping somebody's ailing knee. Flirtation is the best medicine.
It was like I was cooking up imaginary crystal meth, and I just a method actor improvising. Every now and then I would show them the speed-blisters that had broken out on my head and neck, hideously gangrenous pustules, and ask them solemnly what they thought I should do. They would nurse me back into the past, a simpler time, before the pharmaceutical companies had taken over with all of their untested science and trickery....
When only my girlfriend could hear me I would claim that I was just "Spreading the Old Wives Tales"...
She thought this was hilarious, at first. 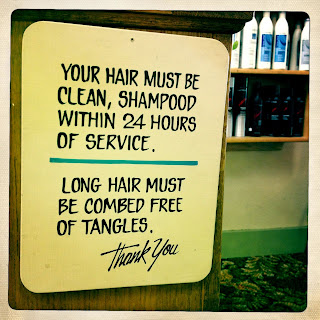