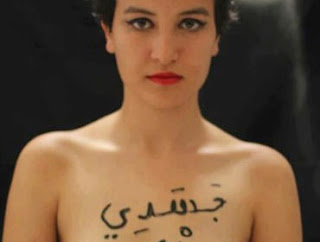 I just left my first "seller feedback" with Amazon. I bought a book about punk/indie rock in the 80's and the book was described as being in "Good" condition. It was not.

Is it stupid to complain about the condition of a book chronicling indie rock? Maybe. Am I getting old? Most certainly. But I buy a fair amount of used books from Amazon, this one was misrepresented. Fuck the man!

It was Goodwill Industries that sold me the book, by the way. Those fuckers. I have to admit that I felt a little bit odd about leaving a bad seller rating for an organization dedicated to improving people's lives. But, that's probably why they think they can get away with it. I trust no organization that claims to be helping people. It's too close to the claim that governments make when they're about to strike.

I stayed up last night and read about Husker Du. I have to be honest, I was not really that into hardcore when I was young, when these albums were coming out. I liked some punk and post-punk, some indie stuff and college art-rock, and little bits of hardcore. But as I got older, strangely, it all turned around. I started liking it more and more.  Now I'm 45 and really into Mission Of Burma.

Am I experiencing an age crisis? Maybe, but if so it seems to be happening in very slow motion.

I have nobody to share this music with, nobody to listen to it with. Even at the local pub -  which has one of those monstrous jukeboxes that is connected to the internet and can play anything - I'll try to play what I think is some harmless punk rock (Meat Puppets II), thinking that they'll recognize the more famous covers done by Nirvana and they'll get into it.

Old rockers in their 40's and 50's, and even younger ones, do not want to listen to punk rock with me. I can't really blame them, I guess. It can be challenging music, and I scare people.

Only a very small handful of my friends can listen to jazz fusion with me. All of them are musicians, etc. I have often felt that the distinction between certain types of jazz and the best examples of punk rock is merely a distinction of discipline and practice. There are punk bands that no jazz musicians could replicate, or it would take them almost as long as it would for the reverse.

That being said, my near total loss of feeling in the furthest left two fingers on my left hand has not impeded my dream of becoming a punk rock guitar player at all.

I blame the drugs, and Pere Ubu.

My buddy over at bunkerblog pointed to a site that pointed to a story about feminist protests against Islam. It's worth looking at.

I question the power of sloganeering, though one must admit that it sometimes translates powerfully into photography. I don't think the protesters go far enough in fighting Islam, though. Get your pussies out too, and spread your legs wide if you really want to fight the fundamentals of fear. Try to show the true horrors of freedom to them. Force them to acknowledge your liberties. The moist murkiness from whence we all arrive. Breasts are all fine and well when fighting fundamentalism, but chaos and fear of life must be forced into the eyes and minds of the believers, with complete and absolute freedom. It is the best way forward. Only a careful public examination and exaltation of the vagina can accomplish cultural spiritual growth. Ask any earth-mother: Goddesses have real power, granted to them by their own bodies, by their right to choose....

It's like being afraid of the dark, right? One must learn to walk in it and not fear. Only when one is submerged in the thing one fears can the need to control be relinquished.

Holy Imam, we are surrounded by a group of very angry titties....

I see. What are their demands?

I, of course, partially kid. I am on the side of freedom. In the war of ideologies, if one must choose, I am firmly on the side of equality. That is, if genuine equality can even have a "side." Some would argue that equality is not an ideology at all. Have them describe it to you and you will see. It almost immediately involves the exclusive advancement of one group against another. Attacking a mosque with partial nakedness and slogans is a tactic among so many other tactics.

They are in solidarity with a cultural prisoner, Amina Tyler.

Some take liberty for granted. Not these protesters.

Men everywhere should get their cocks out and force them upon nuns, attack the convents...!!! They could write slogans on their members, as space allows, showing their support for feminism. Then, and only then, will we be free of the type of indignities that inequality brings. I'd like to get naked and confess my sins to a nun as if she was priest.

Wait, perhaps that form of protest could be misunderstood. I'm getting tired of all the nun scandals anyway.

The term "Freedom Fighters" can be read many ways.

Essay idea: How best to show support for those who do not want it: act likewise, or act differently? Compare/Contrast. 2500 words. Due immediately.

I question people who encourage others to have respect for religions, wrongfully believing that respect for such a thing will make the world a more harmonious place. When has that ever worked?

Granting respect to a religion will not make it act respectfully towards others, the opposite has been historically true. Religions act somewhat collectively, whether the individual believers care to or not, and the result is (almost) always the same. Few religions now argue for equality, they only start out that way. They speak mostly of the supremacy of faith, principles.

My advice would be to avoid all of them, but particularly avoid the ones with a central doctrine. This goes far beyond situatedness and titties, not even "categorical thinking" explains it entirely. The term fails in the second half, implying a type of thought. It is instead a form of categorical action.

What literate human would elevate one book from their library above all others? Even demanding the destruction of all others, if necessary, upon any disagreement of ideas? Insisting on the ruination of entire libraries elsewhere, and then forcing the conversion of individuals to an unread book, at pain of death. No true god can be happy with the existence of other gods. It is enshrined in the first commandment, you know.

I know my God gets jealous sometimes, but He really loves me.

He just gets so angry when I look at other, younger gods sulking around the bazaar.