"America, Love It or Leave It!" 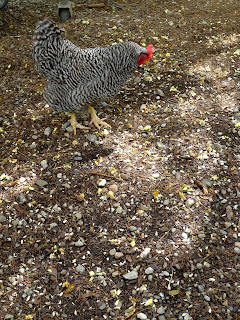 (A loose, wandering cock)
"Because what happens to anybody who gets into any kind of forced/regular writing is that he's bound to make a useless fool of himself now & then . . . and it's hard to set a price on that kind of reality." - Hunter S. Thompson
This will be the new lede to this site (is that the right term?), to each page and every post. It is meant as an umbrella argument: the overarching foolishness and hopeful protection of daily confession. Repeat it to yourselves whenever you read anything here that sounds fantastical, unbelievable, horrific or true.
There is precious little tolerance for unexpected eccentricity in a small town, and even less patience for mania. They would deny this fact, of course, and point to a few regional oddities that are self-described artists or district personalities. But those few have been institutionalized, having lived here their whole lives if not longer, and their eccentrics are of modest familiarity, a sort of indifferent garden-variety excess. The local concept of deviation boils down to a few people who wear bright clothes, or lightly dance when they walk through the grocery store, humming an inner-symphony to themselves, etc. Nice enough people, I'm sure, but...
Acceptance of eccentricity requires much more mettle, and occasional steel. You have to accept it when you least expect it, when it jumps out from behind a tree in the dark: armed, naked and covered in body-paint, needing to interact, with a sort of pyrotechnic energy.

To partially wit: I was driving through paradise the other day, listening to an interview with Robert Redford. The announcer came on just before the interview began and gave a brief station "warning" that some listeners might find that the interview contained "objectionable content and language"...

Robert Redford, I thought? How?

I listened to the entire interview, very carefully. When it was over I couldn't find a single thing that might have been objectionable. I don't mean that I heard something and dismissed it as silly or inconsequential. I mean that I couldn't discern what language or content could have possibly been "objectionable" to anybody. I was completely blind and deaf to the claim itself.

I dismissed the experience as being perhaps a warning that they put in front of all interviews to shield themselves against complaint. But, I made sure to keep the station on. The next interview that was broadcast contained no such warning. I thought, Is it possible that Robert Redford himself is so offensive, as a liberal, that they put a warning before any interview with him, to just repress any chance conservative dissent?

That was the only explanation that made any sense. If you can somehow call that making sense.


In small towns people often reserve the right to offense where none exists - reserve such rights, I mean, not offense. Offense is self-generated and once you start pandering to it there is no end.

This place might just might be quaint to the point of being suffocating. I might have made the mistake of believing that I would grow-up in a place like this. But the question remains as to what one wishes to become. I had hoped to be a farmer, I guess. They not only embrace a proscribed set of limitations here, they insist upon them.

(Editorial note: I do not confuse any actual behavioral problems I may or may not possess with my occasional foibles. I could detect more than just a few bullshit-detectors going off in that last paragraph.)

It's not that these same people don't exist elsewhere, in bigger cities. They move in from small towns everywhere and seek to convert the mentality, to impose their concepts of smallness wherever they go. But they are usually broken by a bigger city. This reason alone is why some never venture. The city is a horror to them, a sea of mixed impulses and lost control. Not a relinquishing of control, but a loss of it. They are people that are only frustrated by the need for malleability in a city.

Here, it is the precise opposite. Any hint of independent action is seen as a threat, particularly from the outside. If they enjoy any excesses at all then they must be of the rather private sort.


I have been meditating deeply on my Elvis experience the other day. Other than me being a bit eccentric and describing the meaning of a 50 year old song with such abjectly offensive language as fucking, I can't really figure out what I did that was that wrong. Perhaps my apologies weren't sincere enough. I have been accused of increasing my problems through insincere, feigned regret.

What am I supposed to do, rehearse it, or actually be sorry for something like that?

I should have accused them, on the spot, of having snuck extra alcohol into my beer.


I'm not sure what I expected. Well, that's a lie. I knew what to expect. I just told myself otherwise, as an eccentric often does, and will. Only one thing is certain now: I'll be the one that's expected to change. Who knows, maybe I will... though hopefully not without a fight. I only wish this time for there to be somebody else involved.

These thoughts are only a scrawl. They seem almost organized when typed out, even to a fault. Perhaps I should scribble them on paper first and then post a picture. The dairy of a madame...

I wasn't able to write this morning. Maybe I should start waiting until after work to write. I'm too kind and gentle in the mornings, like a napping kitten in the lap of nuns.

But after a full sinister day at work my ire is afire.