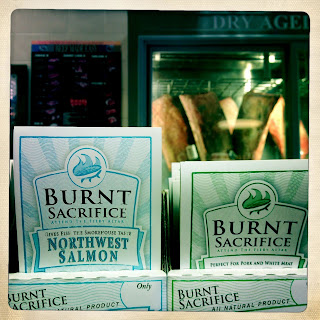 Mother-fucker! I got sick. The last few times that Rachel and Rhys have been sick I've been able to slip by without incident, even with Rhys' fascination of putting his hands in my mouth and wanting me to eat his half slobbered upon crackers.

Midday yesterday I started feeling weak, with slight chills. I had thought that maybe it actually was a little crisp but then I stepped outside and it was a nice day, the sunshine felt good. Uh-oh, I thought. Later, twice, when I went to stand up my knee sort of let me know that it was prepared to mutiny. Just sudden, unexpected threats, nothing serious.

Finally, just after lunch I called out from work (I work from home). Best thing I ever did. Isn't it a glorious feeling? The combination sensation that should not be separated, mild guilt and total freedom.

Calling out of work is a fetishistic act for me. The phone becomes charged with a uniquely sexual energy, magical power, inhabited by sensual ghosts, etc. I worship the feeling. Sick days are glorious, particularly when you're not sick.

I had stayed home for lunch, tried to nap, hoping that a little rest was all I needed. But after I called out I decided I needed some Gatorade. When I stepped outside I realized that it was actually a very nice day out, somewhere in the mid-70's. The chill was all mine. I got in the car and it was hot, like puppy-brain-melting hot. I sat there for a few minutes with the windows up, it felt that good. I wanted to take a nap. It was the best I had felt all morning.

The grocery store was a misery. I forgot to get a basket and then tried to negotiate three Gatorade bottles, a turkey sandwich, and a bottle of NyQuil with just my feverish hands. By the time I got home I had liquid-nitrogen effervescing up and down my spine and into my legs. I could hardly stand, my balls were sore and each step was painful. I had to keep moving to prevent myself from collapsing in icy, crushed defeat. I crawled into bed and started pacing out mini-NyQuil doses, augmented with quadruple hits of Advil. This seemed to help.

I spent the rest of the day napping off and on, trying to read, squinting and shivering. The mixture of chills, sweats and NyQuil brain bubbles running across me for the remainder of the day put me in a strange mood. I had to double-dose on the stuff for it to take any effect last night. Don't fuck around with anything other than the full strength cherry-flavored version of this magic elixir. I might have slept, nobody knows. I could have been sleep-walking in Cairo for all I cared.

The good news: I've lost 10 pounds. I went to the gym yesterday morning, before the dreaded virus had gripped me. The scale indicated clear and unconditional surrender: 10.5 lbs. So, there's that.

Hopefully, by the end of this illness it'll be an even 20. Then there will only be another 20 to go.... I'm sitting here sweating as I'm writing this.

Jesus, what depressing numbers. It's like He was using me to feed the multitudes. This is my body, eat this, and here's this other guy's, enjoy... be careful of his blood...

Do this in remembrance of blah, blah, blah... That's just the brain bubbles talking again.