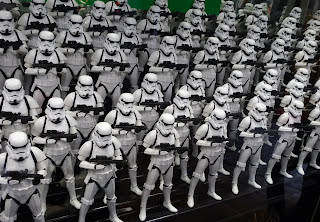 I have nothing much to say today.  I went to a place for lunch with several friends. We bought $200 worth of slow-cooked pork and it has knocked me out for the day.  I tried to nap but the little piggy spirits chased me from slumber.


I had a dream last night. It might have been about Star Wars. The good guys did not win.

Don't let these pictures fool you.

I still think Star Wars was one of the best children's films ever made.


The conspiracy theorist at work clarified that he does not believe all conspiracy theories, he simply feels that the stated facts in the 9/11 case don't all add up, and it seems plausible that the government used these events, whether they aided in them or not, to advance the cause of middle-eastern aggression.

He actually didn't state any of it that coherently, but you get the idea.

This much is obvious though, isn't it?  There's no conspiracy there. There is just the old-fashioned diabolical misuse of power.


I wish that Princess Leia had been in the dream.  I could tell all the guys at work about my new love for all things fictional and galactic.... 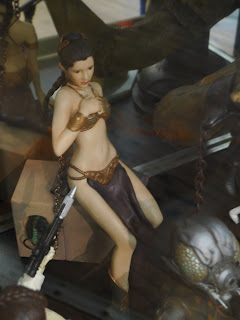