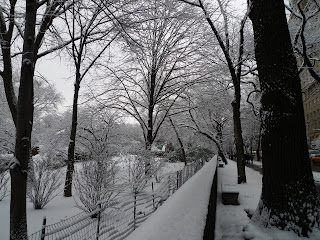 Winter is finally coming to a close.  It is holding on, and fighting, of course. But spring is marching in with its intervention, insisting on a rebirth of warmth once again, assisted by all of winter's friends, closed in together in a tight, loving circle. A van waiting around each corner to fly winter off to a place in Wisconsin where it can finally get the help it desperately needs.  A place where it can't escape, and can once-and-for-all begin to talk about its feelings concerning father time, mother nature, and wicked uncle ernie.

Pete Townshend has just announced that he wished he never would have joined a band.  I suppose he wanted to be more like Harry Nilsson, but without the genuine vocal or songwriting talents.  There is an interesting documentary called, "Who is Harry Nilsson? (And Why Is Everybody Talkin' About Him?)." It is worth watching if you're a fan of 60's and 70's pop.

Pete Townshend only wrote about 5 songs, though he recorded hundreds.  I'm confident that The Who wished that he had lost his voice rather than his hearing.  I never knew that Mama Cass and Keith Moon died in the same apartment: Harry Nilsson's.  When it comes to conspiracy theories I think somebody has missed the mark here. Pete Townshend bought the place after Nilsson couldn't take living there any more. The signs were on the wall, etc.  It is now owned by The Bilderberg Group. It's where they throw their yearly after-conference-parties. Though Henry Kissinger can't ever seem to make any of them.  There's always a Cambodian theme, you see.

"Since he left office, numerous efforts have been made to charge Kissinger personally for the perceived injustices of American foreign policy during his tenure in office. These charges have at times inconvenienced his travels." - from Wikipedia

A masterpiece of Wiki-understatement... "inconvenienced his travels."


Ok, I leave with with a picture of winter, in less-orchestrated and calmer, better times. 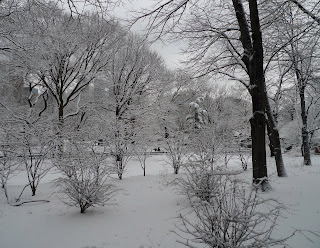