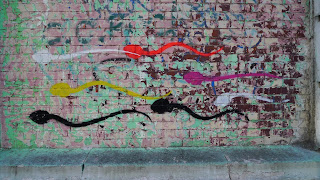 My nemesis over at Selavy has embarked on a new series loosely called Bonerville.  It will more resemble a pornographic Amityville by the time he's done with it, but it is his new fascination. I merely offered the name, and I applaud his endeavors as well as his particular enthusiasm for the subject matter.  I suppose it could be called Bananaburg just as well, keeping with the theme, but he seems to have fiercely attached himself onto the particular word, boner.  Its possible double meanings seem to suit his tastes.

It is likely that he will later try to elevate the project by assigning it loftier meanings.  There is no doubt that he'll be calling the whole thing San Salami by the time it's over, such is his passion for merging the sacred with the profane. 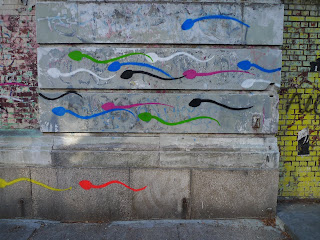 I trust that he will immerse himself into his Tool Town project with his usual gusto for visually climactic moments, his unique enthusiasm to reach the optical apex of his subject.  Though I am concerned that he not get into the same trouble on this project with under-age models as he has in the past.  He could re-develop a reputation in this regard, if he's not cautious to the point of secrecy.

But I'm sure his Pickle Pictures series will be a great personal success.

At the end of the day, what piddling matter are finances when you are happy? 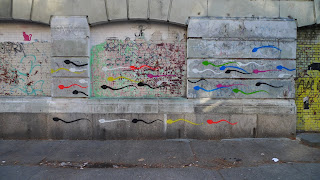