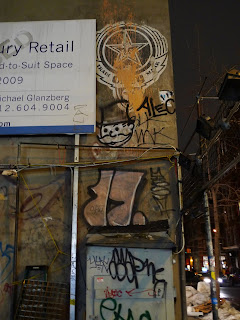 Since I returned from the ski trip I have had no free time. None. I have run from one place to another without purpose or effect, forever rounding the Monopoly board, only ever landing on Baltic Ave.  It's as if the cursed dice that I am bound to use have extra digits that only ever equal the sums of 43, 40 or 37, without further variation.  Eternally hovering around the Baltic region of the game.

Last night I had a discussion with one of my managers whose conversation I often enjoy. I was leaving work at the time, sensibly.  My side of the conversation quickly devolved into the futility of my position and the comical and unlikely chance of promotion, that I am in a place that has no career path, that ascendance is discretionary and awarded without explanation....  That there is no relationship between effort and reward.  He disagreed, so I made my point more forcefully, with exaggerated emphasis. I was about to leave and was running out of time, you see.  This quite confirmed my position.  I had won the argument by forever proving my point. Such is the potency of my rhetoric, combined with the power of my unique brand of neurotic persuasion.

My personality is not one that will likely ever be rewarded in certain situations... like, at work.

Will I ever learn?  Or is it just that I have a self-destruct mechanism, a personality doomsday device, that ensures that any time I'm given a reasonably fair opportunity to excel then I am far more likely to become the court jester, forever poking fun at anybody that would ever advance, or worse: try to advance.


Years ago I liked to play the game Monopoly.  It is an incredibly easy game to win and relies on one basic principle at first, then on another principle to employ if you fall on hard times. The only chance anybody ever has of beating me is playing the exact same strategy, and then it just boils down to the luck of the dice, or lack thereof.  It is mostly a bitter, unpleasant experience predicated on the fantasy of wealth, affluence and the misuse of power.

It is a game of waiting, principally.  Like a gluttonous landlord, you wait for others to unluckily land on your holdings so that you can unfairly charge them.  It is a form of price-fixing that appeals to the type person who once during college might have dreamed of moving to New York and becoming Donald Trump.  People who like to utter the phrase, "You're fired".... Those who enjoy being playfully possessive, and are animated in their ways of expressing the "I got you, you fucker" sentiment.

I am immediately suspicious of anybody that ever suggests playing this game and I quietly offer thanks to the stars if those people are childless, and poor.

No, I'm just kidding... it's lots of fun to screw your friends over with a semblance of law and property. It is a game enjoyed best while drinking cognac and smoking large penis-shaped cigars.  Wear a silk top-hat to complete your image of yourself.  Put your cigars out in fresh baby flesh. I find that helps with the odor.

I've always wanted to bring a Monopoly game board to my bank and sit down and honestly ask the manager questions about strategy and how to incorporate that into my estate planning...

Jesus, I'm sick. Though not yet Lazarus.


I have had a recent request to return to my "semi-nude" series.

After today I will take that under very serious consideration. 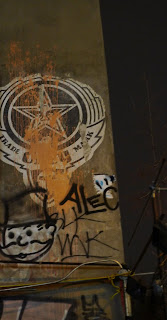 Addendum: My wife wanted my fair readers to know that she is vehemently opposed to the use of the "baby flesh" joke.
Duly noted.
.
Posted by Sean Q6 at 6:20 AM