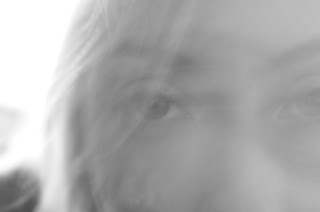 We went and looked at apartments today, with the thought of buying.  We looked at empty rooms and imagined our things there, our lives there, or there.  We opened cabinets and looked out windows, remarked on views and directions, distances.  We shook hands with strangers and expressed interest in everything that was said.

The last apartment we looked at was still inhabited.  Their lives were not very far off from our lives, it seemed.  They had a young diaper-wearing boy who slept in the bedroom with them.  There were bookshelves covering one wall, several cameras and lenses on the shelf, Nikon's, a large monitor and a powerful computer.  They thanked us for considering their apartment.  They seemed nice and not unlike us.

They were seeking more space.  I imagined them having sex quietly in the bed with the child sleeping.  Under the covers. Him likely entering her from behind, as she lies on her side, so that it would raise no suspicion if suddenly discovered, found out, etc.  Her emphasis on his near stillness as she arches towards him in what might be misunderstood as a sleeping position, by a child.  Or do they sneak out onto the couch quietly, a yoga mat, standing in the bathroom?  How does a couple go about accomplishing the act when there is suddenly an alien life form in the room, curious about all things at once, at all times aware, except perhaps when sleeping.

I wondered about other things also.

We walked around neighborhoods and discussed the various charms we happened upon.  We looked at electronic maps built into our phones and stretched and compressed distances to our liking, to our elastic understanding of this new world.

We rode the subway home and approximated our new lives.  I again imagined the act of secret sex.  I envisioned tactics of concealment, explanations.

I conceived many things at once, unexplainable things.

I wondered about other things also.