With a little help from my fries 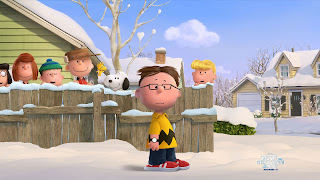 Now, back to work, the short lingering week of Thanksgiving - the easiest of American holiday targets. I mean, to make fun of, to undermine, to criticize the American meta-story of generosity and thankfulness. I believed that story when I was a young boy, that of our national generosity and the importance of personal gratitude. Then, I grew to question our nation's generosity as something other that that which could be described as such - Colonialism of the Coca-Cola kind. I tried to learn personal gratitude as I became older but paid close attention to those even older than me and questioned what there is to be thankful for. It is all very subjective, I suppose. Watching people in pain is still a challenge for me.

Now, I'm the old liberal at the dinner table, making jokes that instill hatred in the intelligent young people. Hatred for me, of course, and everything that I am able to still freely laugh about. I try to remind young liberals that they are our future. Few things will madden and sadden them more.

Liberals just don't seem as if they're having much fun any more. Their collective narrative is no longer compelling. It is instead mostly an effort to annoy the world into being a better place. Presumably better, that is. I'm still with them, but only just barely. Liberals are like everybody's mother-in-law. It is best just nod and say, Hmmm, that's interesting.

Many people seem to reach an age where they no longer have a political affiliation. They just hate one side a little bit less than the other. Nobody seems to trust anybody any more and you can't blame them at all. The corruption runs so deep that either side will say or do just about anything to smear the other. You get tired of team politics and the personalities have either dried up or escaped deep into the riches of lobbying and corporate speech giving.

Well, forget all of that. I just want to eat turkey and gravy and pumpkin pie with ice cream, and wine... red, red wine. Oceans of it and I, castaway for a day.

I was happy to have been there for Rachel. To have her lean on me as needed. Families can be such weighty organisms to manage, wrestle, ignore, or lose.

It's best to have a little loving help along the way. 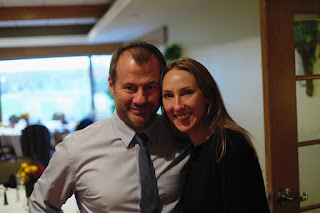