Is it any wonder? 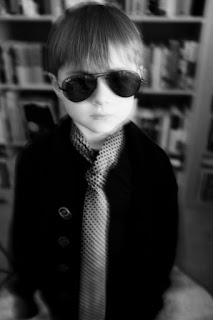 Americans seem to be too stupid and slothful to do anything to stop the repeal of net neutrality regulations that have allowed for the free passage of information across the internet. They seem to want Comcast and Time-Warner to make all of their scary and complicated decisions concerning technology for them.

So be it - America has misspoken! We get the culture that we deserve, delivered in the form of complaint, always after that fact. We grew so tired of talk of vigilance, who would deprive us a little nap every now and then?

Every day I wake up and seem to hate things a little bit more than I did the day before. Tomorrow is Thanksgiving and if anybody asks me what I'm grateful for I'm going to say, True American Football, standing like a god-damned man for the national anthem, Smith and Wesson, Jack Daniels, and Jimmy Dean.

Who can possibly question the wisdom in any of those answers? I'm going to demand that we eat Thanksgiving dinner standing at attention to the playing of the national anthem.

I've been reading Hemingway's Across the River and into the Trees. It's not his best work, but neither are most of his novels. His stories are what matter.

It is odd to read his works now, with the knowledge of how abbreviated is the understanding that many people have of his writing and of his life. He is the classic male, the enemy of the present, a mere meme of a man. He had multiple wives, you know? The ending of his relationship with one was usually ushered in by his infidelity with whomever would be next. Yet often the heroes in his writing were women... The surest sign of male iniquity: guilty praise.

It's the stuff that women hate - lies from the hearts of men. They hate other things also, but that's the rub that gets them riled - when men mislead concerning the nature and robustness of their emotions. It should not be allowed. Men seem always ready to commit one of the two crimes: noticing or departing.

What did the clever Irish aesthete write:

Woman begins by resisting a man's advances and ends by blocking his retreat. - Wilde

Hemingway purchased the double-barreled shotgun he used to kill himself from Abercrombie & Fitch. Or, so the conventional and accepted story goes. It is nearly impossible to walk past one of their stores now without feeling similarly.

Go get yourself some Casual Luxury.