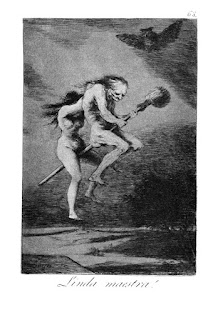 It seems as if democrats can win mayoral elections in swing states, which is encouraging. They still struggle with most other state and national elections. One can only hope that what we are seeing now is a good sign of what we can hope to see in 2018.

However, the problems can not be fully addressed, much less fixed, until the DNC cleans house. They do not seem at all eager to perform this very necessary moral maintenance. I can't tell if they are more dysfunctional or corrupt. The two qualities seem to be competing for supremacy within that party. Though we will see just how dysfunctional the GOP is in the next few weeks as a possible response to this harbinger of the times. The messaging there seems to be the same: get on board, or else.

The nation seems unable to define itself, or even accept any definitions of itself. We certainly live in troubling times. The voices of the marginalized and oppressed are making themselves more known.

I don't have the free time to read very much journalism any more, but if you like spirited writing then Laurie Penny seems to be among the best of the socio-political polemicists that I've read recently. She doesn't offer much room for conversation, but she does seem to have a special ability to state the issues dynamically and to argue for the renewed and continued strength of the disenfranchised. It's fun and moving stuff to read. I've only read about five of her pieces and have enjoyed all of them, even if the revolutionary feminist tone of some of them seems a bit too self-assured at times.

She knows she's at war. So be it. Tough times call for expressive language.

I read a post that had a number of comments - many of which were openly argumentative or insulting - about how to address someone who is transgender. While there was vast and vitriolic disagreement about the terms that these commenters were using, the general consensus seemed to be that you should ask each person how they would like to be addressed.

That seems fair enough. If you wish to engage in conversation with someone then do so as they wish to be engaged, at least for the purpose of that conversation. Otherwise, don't pretend to invite the exchange, because you're only wanting it on your terms.

Also, it is possible to speak to someone without using gendered pronouns. It can be much more fun than simply falling back on He or She. If you encounter a person who does not conform to your understanding of gender then make sure to conform to their expectations when using language to express yourself. Your expression should be for them, not at them. Think of your words as their clothes.

I kid, of course. It does get confusing, particularly when only one participant's desire to express themselves is considered and elevated above all others. Your language is an expression of hate; their gender is the only true expression of freedom.

They is now considered by many to also be a grammatically correct singular pronoun, though it is still plural in its primary usage. If a person's gender can exist in a singular or plural way then so can a word. MIT has weighed in on the matter.


Terms seem to be at the source of much confusion and pain. Transgender is an umbrella word used to describe people at various places on a spectrum of gender - people whose identity does not correspond to their sex at birth. Your perceptions should be kept private or neutral until you can correctly address their identity as they wish.

It all seems very easy when writing it all out. This definition seems simple enough - transgender people possess an inner belief concerning their identity that may or may not manifest itself outwardly, those identifying manifestations might not correspond to what you are able to perceive about them.

Take away the word transgender from that definition and it applies to almost everything about me. I spend a tremendous amount of time documenting my internal thoughts and making them public, yet when I talk to people they seem unable to distinguish who I am with what I express. People seem to believe everything that becomes external is the truest version of you, and perhaps the only version.

Humor is of course lost first in this outward accounting of humanity, because it has the power to express that which may be neither internalized nor believed. Where does it come from, then? An awareness of disparities is needed for humor to function at all. Those nuances are departing the collective conversation. Each group seems to possess its own sense of humor and as such are the only ones able to advance the strict and necessary rules on its usage. More and more we are reminded that it is never appropriate to share your group's humor with that of another. It's like watching a white comedian at The Apollo. There's an inherent nervousness to how easily anything can go terribly wrong, and many who see something about themselves as a failure if it doesn't, if they allow it to proceed unquestioned.

Comedians are sometimes exempt from this, but only partially. These oracles are allowed to say more than the average person, for reasons never questioned. They have a license to express, within reason.

Humor, it seems, is something internal to you but more truly owned by anyone who hears you and is willing to put in the time to understand or misinterpret your meaning. This is a human quality that works best when shared, but to share you must express, to express is to put yourself in danger. Ask a transgender what it means to express.

Everything is very dangerous now, and for everybody it seems. Anger is the result, self-validating grievances run very high. This is not to belittle anything actual, only to point out that witches are still as flammable as always.


One of the things that I used to do at Apple when a customer was becoming unreasonably difficult was to address them suddenly with the wrongly contracted noun gender form - to call a Ma'am a Sir, or a Sir a Ma'am. It is always helpful to slightly raise your voice when doing this, to express your own frustrations at the situation. You can then apologize quickly for your indiscretion and move on. Nobody can really cite you for it, but it serves to disarm the person a bit because the shame at their own escalation in dissatisfied behavior is somehow kept in check and made apparent by their confusion at having been misperceived. The last thing that people expect when they are becoming angry is to question whether they are projecting any ambiguity concerning their own gender. They believed that they were making themselves increasingly clear.

It told me a lot about how people feel about this issue and why it will likely never be one that is agreed upon by everyone that exists on that seemingly wide spectrum of sex characteristics.

It wasn't mean-spirited. I would usually only employ this device with someone who seemed confident of their position on one end of that spectrum or another. The act was not intended to be cruel, but only to seem as a casual mistake born of tension and frustration. The result for me was always comedy, of course, but they need not know that for its magic to take hold and conduct its wonders.

It almost always quieted the conversation and allowed the transaction to proceed with less escalation in anger. Only once did I have to explain, to a man, that while I was talking to him I was looking at the woman behind him and I made a simple mistake. My apologies. He accepted this explanation, because he must have acknowledged that I was subconsciously looking for any way out of the interaction and I captured some unexpected shred of sympathy.

My mind simply drifted for a bit. Who out there would not understand the desire to escape?

It's not the type thing I would ever do to a woman who had already battled with and lost the struggle with a mustache, or with an effeminate man, or anyone between. That would, of course, be cruel - the unforgivable sin. But everyone should have their gender questioned from time to time, I think. It can be helpful and humbling, and that is what is sometimes needed: a reminder of your humanity. Anger towards someone who is trying to help or care for you is not often justified. But we have unleashed some of our impulses. Few things seems as self-justifying as do your emotions when embodied and bolstered by your own life's experiences. Those untouchable and sacred structures that sometimes, but more often do not, align with any outward understanding by others.


What can one do? Everyone seems to assume to know the ever-malevolent intentions of others, or they ascribe malevolence freely when assessing behavior, or speech, or thought. Open your mouth about anything and you become a racist, sexist, bigot, or worse. It is best to be the first to accuse, to set clear the terms of the unfolding dynamic - that of victim and monster. When there are protections against self-incrimination then efforts to strengthen the force of accusation must be insisted upon. How else can a society be truly just?


"Every revolution evaporates and leaves behind only the slime of a new bureaucracy." - Kafka