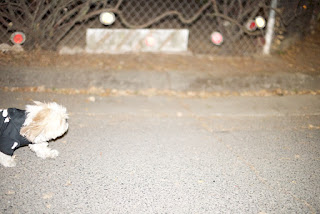 Joking about my child being demonically possessed didn't go over well with my readers. I don't understand it. It worked so well in the test groups.

Ah well. He is safe - no children were harmed in these writings of unconfirmed paranormal activity.

Wait, let me find a picture for today's post. CS has pointed out, and I think he's right, that it helps to choose a picture first. I often don't do this, then I run out of time and post a picture that makes very little or no sense with what I have written. You try writing a daily public entry for a decade.... it can be more difficult than I let on.

There, I found one. That's Barkley the wonder Shih Tzu on Halloween night, dressed up as a roadie for Fleetwood Mac. We were meant to be a group of pirates, but the reality of our costumes were more 70s-era Wicca stylings.

Here's mom, to give you an idea:

Nope, tried to find one, but they were not very flattering. I took no pictures of myself that night, as is my usual custom.

I suppose the joke would be more funny with the visual support, but fuck it, the times are changing too quickly to go back and explain bad jokes.

The Reign of Error is alive and roaming, looking for necks to slice. Men are being taken down left and right for improprieties of all sorts. Can it get any better that Al Franken groping on someone who's asleep? That is just good political humor.

Roy Moore was on a mall watchlist as being a creep, but that doesn't look as if that's going to stop him from holding high office. Nope, Alabama is speaking up for their right to advance what are now being called cultural differences. That really is the best phrase for it. How else could you possibly describe it?

All Real Americans know that she acted and looked every bit of 17.

Wait, here's one of mom that isn't too bad.

She's the out-of-focus woman in the background. You can see she's channeling some Rumours/Tusk era scarves, vibes, glass of wine, et al: 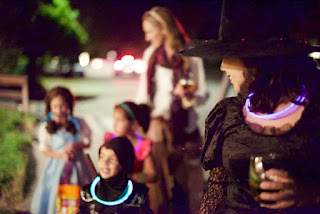