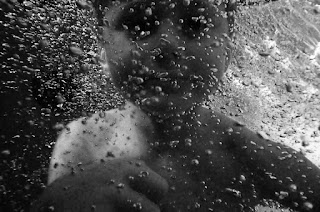 We thought that maybe it was strep throat, but mom called the doctor this morning and based on his symptoms we've shifted to another set of maladies - croup - we had already worked our way through foot-mouth disease and a few others.

Mom became infected also, we think, so I now await the echoing of the knell.

I am reminded of different stages in mine and Rachel's relationship - by the years, and to the day - because Facebook is kind and thoughtful enough to conduct a sauntering along of memories each day for me.

We had visitors the night before last, old friends, mostly of Rachel's. I found myself trying to verbalize and clarify where we are now in relation to where we were then. It is difficult to make sense out of your life or love for others, though I practice it in one form or another almost everyday. Yet still... what does one say? Love makes very little sense when viewed with the eyes of others - set outwards, awaiting the satiation of expectations. Love is at its best when it escapes the rut of skepticism; doubt does hardly a great love make.

Below is a picture that appeared in my newsfeed this morning. I was happy those growing months, even while fighting off depression for parts of it. I remember fondly putting my ear to her belly and feeling our baby move and kick inside of her, touching her new roundness and fleshiness, loving her, talking endlessly about what things will be like.

We were both very wrong. We almost did not forgive ourselves of this tandem indiscretion, yet things turned out somewhat close to how we had aspired, though in independence from one another.

Funny, that - how bitterness can self-resolve if you back away from it after exhausting your energies in mutual accusation of personal and moral failure.

Funny, that, also - how intensely creative people fight - with such an eye and heart out for the dramatic.

It all must sound so unimaginative to the ears and eyes of the unfortunate witnesses.

But, who has time now to return and script an improved second draft?

The show must have went on. 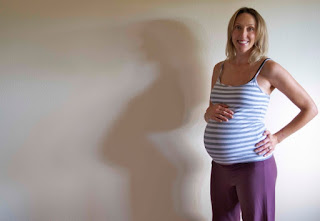