It was in another lifetime 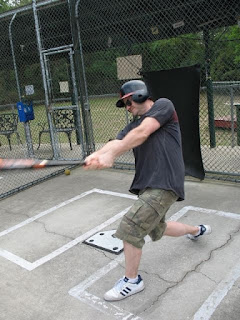 Little league in Altamonte Springs. I played for two teams - the Pirates and the Astros. I couldn't find the picture that I once had of me, so you get these instead.

I was not a very good baseball player and the coach did not like me, occasionally punishing me with running laps for most of practice, only putting me in the game for the required number of innings. It wasn't because I was a less than adequate player, it was because he didn't like me. I made fun of him and undermined his air of coaching authority. I'm sure he wanted to beat me like his own. His son was on our team, a thing that was against the league rules, though he somehow got an exception. He had coached for years and there was some scheduling conflict and possibly another coincidental lie thrown in there.

These were different times, back when Mothers were For Drunk Driving - MFDD.

It was my second and last year of playing. Why spend my time learning to hate adults when I still had a few good years of being a kid within me?, I thought. Or, something like that.

The coach I had the year before was great. He lived a few streets away from us in the old wooden rental house next door to one of my closest friend's house, a kid named Stacey, who was the first person I ever drank alcohol with. Our coach started his old beat up pickup truck - it must have been a 50s-something Chevy - by holding together two wires that were pulled out from under the dashboard. He would shock himself  but the thing would jump to life with a cough. He would explain to our young minds that the shock itself was the only theft deterrent needed, but we knew better and didn't care. We could stop by his house pretty much whenever we wanted and scream from outside the screened porch for him whenever his truck was home. He would come outside to throw the ball with us or practice fielding grounders and light popups.

He seemed much cooler than any of our dads, and he was. Perhaps there were reasons for this that none of us could see then. He was a free spirit - his sense of humor gave everything away. Our dad's cars had keys, stereos, and then more keys.

Oh yeah, I've been to the stadium in Houston when it was new, circa 2000. You know - Enron Field. We didn't know then what we didn't know then. I went with my buddy who co-managed a record store with me, if it can be called that. I mean managed, it was definitely a record store. Its name was Vinyl Frontier, but I was tasked with very little of the actual management. I had musical tastes that differed from the other guy whose name was Cliff. He still runs and owns his own record store in MCO. Enough people would arrive on record day to buy the weirdo house that I believed in to make it all seem sensible for a while. It was my first job, in a way. It set the tone for the next handful of years, maybe ten, in which I lived an entirely subsidized life. Similar to Kenneth Lay and Jeffrey Skilling, but without all of the money.

My buddy and I sat in the stadium and ordered cocktails and carefully considered the sushi menu. There was dining service at our seats. Yes, we bought tickets in the shi-shi section. Those were fun times. Most people in Texas have to engage in rather innovative accounting practices to live that sort of life. It seemed at the time as if my life was on the verge of having articles written about it.

This is the first year in as many as I can remember in which I didn't watch a single game of the Series. 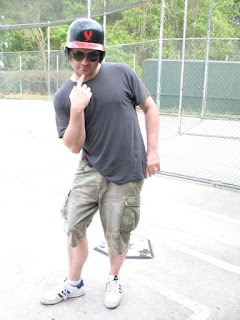