Just as it does in memory 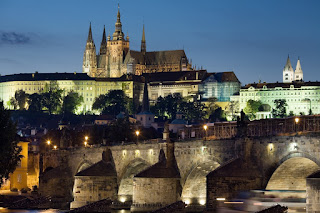 Try to find once familiar places on Google Maps, when you are bored, when the mood for such a thing grips your interest. Some, of a certain bent, become curious about themselves at times, I guess. Curious about their past, wishing to see the places they have walked and wandered once more, in abbreviated outlines.  Simulacrum of place, of travel.

I am perplexed at the extent the world has changed when viewed from above. The internet is wrong on walking distances between then and there, and now. History is unrecognizable, particularly in the once familiar places where it dwelled. Implacable it - disappearing at a consistent ratio. Ancient streets, pre-automobile, drifting out and away from fact, spiraling together as inverted labyrinths, opposing each that enter in the benignest of ways, outliving the participants.

The streets of Barcelona have become upended. Honest viewers becomes disoriented quickly, as if there and walking, without buildings to guide, without senses. A two-dimensional way to become more easily confused, sans Español. Streets, when zoomed in and out from - an aging god trying to focus without spectacle - have no corollary elsewhere. They make no sense at any resolution.

The world has been ruined by being in the wrong place at the wrong time, streets going the wrong direction, not leading anywhere important, ending in other streets with unfamiliar names, or by splitting cities in ways that they did not used to dare. That anybody even bothers traveling is a mystery. The same maps there are available here, they can't be memorized any longer, maybe never again. Maybe people from the past will one day reappear, they will explain our maps to us, and we'll believe them. We will have grown very tired of the mapmakers, by then.

My friend's father passed. He, my buddy, was in South America when he got the news. Bolivia, I think; he had recently been in northern Chile. He was off-map, at the time. He has brought back to Ireland, to face this. All do. Every map will get you there, anywhere.

Not Ireland, but you know what I meant. The place that you call Ireland, when you are bereft of map.