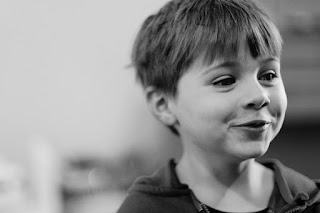 Nothing and then nothing and nothing. A day to myself yesterday, spent doing nothing. There was a ride up the valley, to St. Francis, and the gym, but then nothing, just lunch and lingering. I learned nothing, taught nothing, oh yeah, and killed no one.

Today will be more of the same, a bike ride with two local ladies who are likewise training for the triathlon. Then, also jogging a few miles with them afterwards. All of the pieces are supposed to have fallen in place by now. I need to spend a few minutes stretching out this morning. I never do the things that I'm supposed to do. Always, there is some new magazine article, documenting where I have failed at increasing my personal success. Everything seems to start with Three Easy Steps to a Better.....

1. Stop What You're Doing
2. Start Doing Something Else
3. Be Happier This Way

I have been reading online articles again, since getting my new phone. They are mostly terrible, really terrible. It's no wonder America hoisted an aging retard up onto the presidential sedan to have a look around at the boundaries of the empire that he'll soon need to secure. It should surprise nobody that can read, anyway. The rise of Trump coincided neatly with the complete collapse in the valuation of fact. The worth of many online pieces can be measured by the care with which the copy editor made changes before publishing, often not at all. Some of the biggest news organizations here - The Washington Post, for example - are riddled with typos, poor phrasing, and bad syntax. I get it, they can't spend the same resources on editing their online stuff as they do the articles they go to print with, but still, they hire journalists that seem incapable of basic self-editing, ones that are all too willing to go to press with an unchecked first draft.

Yesterday or the day before, I used the word site when I meant cite. I was motivated to correct it, because it's incorrect. I've seen articles in the WAPO that have gone weeks without any correction, articles that are being shared online like STDs in a bathhouse. I'm surrounded by bad writing, drowning in a sea of bad readers. I can see why so many semi-or anti-literates on the right are suspicious of such an organization. News outlets need to fix it, quickly and correctly.

The NYT is still basically good, they at least still print corrections, though they are under much fire from the Prez as well. He has waved his magically small hands across the lectern and declared them as #Fake. So it is, and so it shall be. I wonder how many months separate us from video clips of mobs beating up people wearing glasses in New York City. Now that the blurring of the distinctions between elite meaning rich and elite meaning educated are complete then it won't take much to rally the pitchfork crowd to do the bidding of their el commandante en juevos.

As long as the Make my fucking burrito, mother-fucker guy and his friends are organized and motivated then things will fall naturally into place. He sure gives the whole "white power" argument a compelling new twist. He seems to maybe believe that cultural supremacy is achieved first on the bench press. I wonder if he also believed that those tattoos might grant him the power of flight. You can almost see that connection happening for him on some level. Getting high does different things to different people, I've found.

Well, he's part of the Trump Army now. The Southern Guard, as it were. They're already putting Trekkies to death, they'll move on to the Jedis next.

He could have started as a non-commissioned officer, but he never quite finished summer school at the community college. He blew all his roid-rage grant and tuition money, wasted it on bad Anadrol. Over the years he's screamed his way up the flagpole to become Corporal America. Who needs a cape, captain, when you have patterned back tattoos that suggest a cape of sorts. He is somebody that has clearly grown tired of all of the intellectualizing that's been going on, and he is not going to take it any more.

His candidate has the mandate.

If you made the mistake of clicking on that link and you're still recovering from his demand that somebody go "cook his burrito" for him, then here, maybe this article will help calm you down. It outlines a few possible scenarios for the lines upon which the "virtual secession" might be drawn.